Safe haven assets found buyers while stocks and commodities took a hit as the impact of the protests in China rippled across the globe. 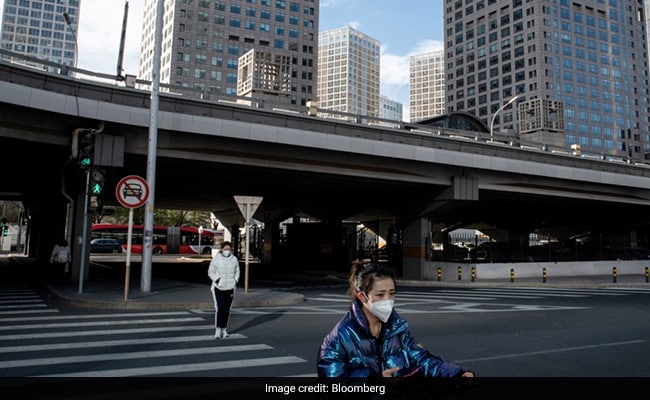 A recent rebound in global risk appetite has been dented after rising anger against China's Covid curbs erupted in protests that risk triggering a government crackdown.

Haven assets such as the dollar, yen and Treasuries found buyers while stocks and commodities took a hit as the impact of the protests rippled across the globe. While it's unclear how Beijing will respond to the surge in discontent, the threat of rising social instability is putting traders on edge.

The turn of events may complicate matters for investors who had positioned for a recovery in Chinese assets after authorities rolled back some Covid curbs this month.

The protests, triggered by a deadly fire in an apartment under lockdown in a western city, also threaten to dilute a moderate, well-anticipated monetary easing step by China's central bank Friday. 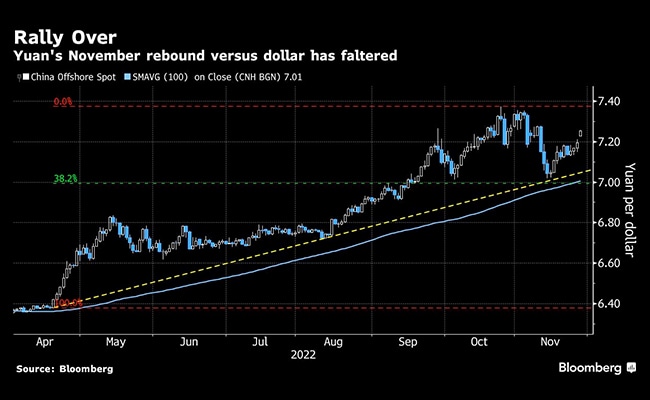 “Now, reality kicks in and investors will have to re-adjust their overly optimistic view on reopening,” said Lu Ting, chief China economist at Nomura Holdings Inc. “Related markets might be tumultuous this week. Reopening will be slow, painful and bumpy.”

Investors sought shelter in the safest assets on Monday, with the Bloomberg Dollar Spot Index rising 0.4 per cent while the yen gained as much as 0.6 per cent. Benchmark 10-year Treasury yields slipped about three basis points.

In contrast, risk assets such as oil took a tumble as investors factored in a possible slowdown in demand. The onshore yuan plunged as much as 1.1 per cent to around 7.24 per dollar, paring its rally in November. The Australian dollar and South Korean won slid over 1 per cent.

Earlier this month, optimism had re-emerged in Chinese markets after Beijing cut quarantine periods and dialed back testing on Nov. 11, triggering a rally that's added almost $370 billion to the MSCI China Index.

The yuan had surged to an eight-week high, while a property rescue package fueled a rebound in developer bonds.

But the gains are unraveling due to the protests, especially in equities where investors are weighing their next move following a recent rally.

Caution is setting in despite a growing chorus of bullish China calls on Wall Street that cite cheap valuations and friendlier policies. On Monday, The Hang Seng China Enterprises Index slumped more than 4 per cent.

In global markets, the unrest in China may also dash hopes for a gauge of emerging-market currencies to record its best monthly rally since 2018.

“Protests over China's flip-flop on zero Covid policies that's dragging on the offshore yuan is likely to pose headwinds to other emerging Asia currencies as well,” Vishnu Varathan, head of economics & strategy at Mizuho Bank Ltd. in Singapore, wrote in a note.

“Looking for one clear signal to trade on is going to be a challenge this week. But caution and a bias for haven should keep the dollar bid on dips, if not provide some lift.”

Still, over the medium term, the protests may end up being positive for markets if they encourage China to accelerate its exit from Covid Zero, according to Gabriel Wildau, managing director at advisory firm Teneo Holdings LLC in New York.

“I don't expect Xi to publicly admit error or show weakness, but this wave of protests could cause the leadership to decide privately that the exit needs to proceed more quickly than previously planned,” he said.

--With assistance from Jacob Gu and Chester Yung.

"90% Of Jobs In India Given By Unorganised Sector": Ex Bengal Minister Amit Mitra