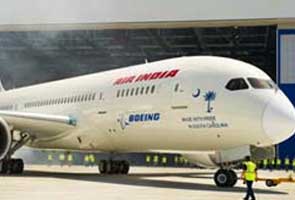 Top officials of several major global airlines are expected to arrive in Delhi later this week to attend a ceremony to formally induct Air India as the 27th member of the Star Alliance.

The ceremony at the IGI Airport on July 11 would see Air India unveiling a Boeing 787 Dreamliner and an Airbus A-320, signifying its international and domestic operations, painted with the Star Alliance's star-shaped logo along with the colourful Maharaja logo of its own.

The induction is expected to improve Air India's connectivity to high-growth economies and give the 26 Star Alliance members access to India's vibrant domestic aviation market.

From Friday itself, when Air India joins the global airlines' grouping, passengers would be able to access the destinations offered by the entire Star Alliance network of over 21,980 daily flights to 1,328 airports in 195 countries.

All member airlines jointly own 4,338 aircraft which fly over 640 million passengers a year.

Air India would add about 400 daily flights and 35 new destinations in India to the Alliance network, with the biggest growth coming from its home market where it flies to 62 cities.

The national carrier would also benefit from sharing with other member airlines the "best practices on fuel and operational issues", with an official saying Air india's aircraft flying to certain foreign airports would be able to pick up cheaper fuel bought for all the alliance members operating there.

Ahead of joining the Star Alliance, Air India has virtually completed integration of its systems with that of the group.

Aviation information technology consultant SITA had several months ago completed a $190 million migration of Air India and erstwhile Indian Airlines' IT systems - Unisys and Speedwing - to a single code. This migration was a step towards aligning the processes and systems of Air India to the Star Alliance network, an essential requirement.

While passengers would be benefitted from all these improvements, they would also experience from July 11 a new protocol governing check-in to boarding and in-flight meal experience, especially for business and first class passengers, to be implemented across the entire Air India network, starting with Delhi, Mumbai, Kolkata, Chennai and Hyderabad.

Out of the 26 airline members of Star Alliance, 13 fly to 10 destinations in India. Air India's addition would take the international air traffic market share in and out of India from 13 per cent at present to 30 per cent, a senior alliance official said.

Promoted
Listen to the latest songs, only on JioSaavn.com
The Indian airline has also tweaked some of its schedules for the successful integration to enable smooth transfer of passengers from international to domestic flights of alliance partners in India.

Air India's comprehensive domestic network would be attractive to Star Alliance members like Lufthansa, South African Airways and Air China, who seek to expand their reach into the Indian subcontinent.