The rationalisation of rates should be done once in a year as the present system was bringing uncertainty, Finance Minister Nirmala Sitharaman said 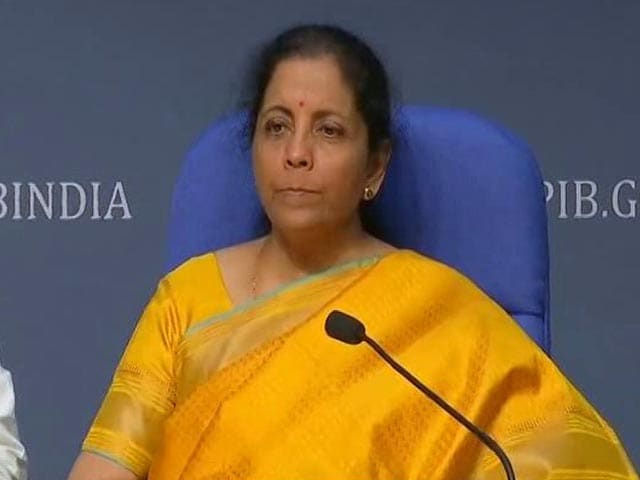 Finance Minister Nirmala Sitharaman also denied that the GST collections have been coming down.

The Centre has informally proposed to the GST Council that rationalisation of rates be done once in a year and not every three months, as the present system was bringing in a certain level of uncertainty for both government and business, Union Finance Minister Nirmala Sitharaman said on Sunday.

Interacting with the media, she said that the industries approaching the Centre for rate reduction should also put their request to the respective state governments, so that the state minister voices the same concerns in the GST Council meetings.

"In GST, when you have come to certain level or grade, periodically changing it leads to inversion problems, refund issues and so on. So, therefore, when one item's rate of taxation is brought down, a lot of other ripple effects are created, and with that, either the refund gets affected, or businesses rightly feel they cannot plan how much they have to keep aside for taxation in a whole year," Sitharaman said at a media meet.

She said at the same time, the Central and state governments aren't able to assess what they'll earn through GST in the whole year.

"So, rate reduction or increase every three months, when the GST Council meets, is periodically bringing in a certain level of uncertainty.

"Now we literally proposed to the GST Council, not formally, but as part of a small discussion, we have said can we consider a situation where once in a year alone, we would do any rate rationalisation -- reduction or increase, and everything else, and not every three months," she said.

Ms Sitharaman also denied that the GST collections have been coming down.

"It has not come down. There was just once when it dipped," she said.

The Finance Minister also said the Centre was repeatedly telling industries, or those in trade or business to keep the government of the state where they are located in the loop about their request for GST rate cuts.

"And the state ministers should also voice the same concerns in the GST Council meetings," she said.

She said that the Centre alone probably cannot ask for the rate cuts, because it also leads to an impression that "when these industries are located in respective states, why won't the states want to speak about it?"

"So I keep on telling the industry, they are welcome to voice it to me, I will take it into my records, and I am sure the concerned departments within the GST Council - the fitment committee or the legal committee - all of them will look at it. But it is going to be healthier, if the states also can come through their ministers to voice their concerns," she added.

Ms Sitharaman said it was up to the states and the GST Council together to take a call as to when they want to bring petrol and diesel within the ambit of the tax regime.

She said her late predecessor Arun Jaitley had introduced an amendment which included petroleum and petroleum products in the GST net with a zero rate.

"So as and when the GST council takes a call, it will have a rate decided, and the rate will be added. So with a futuristic approach, whenever states will be ready to bring in petroleum, another amendment may not be required. Now it is up to the states and also the GST council together to take a call, as to when they want it in the GST," she added.