Carrefour to Exit India, Still in Talks to Sell Stores 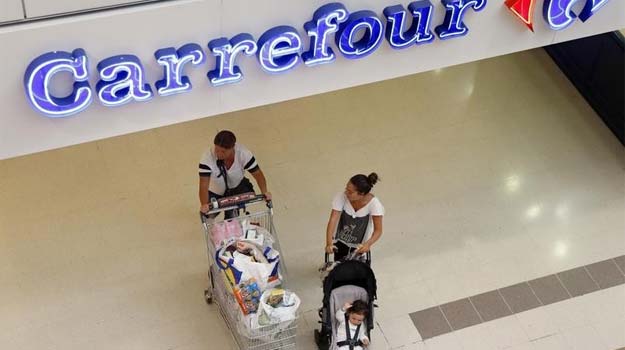 Carrefour SA will shut its Indian operations and close its wholesale stores in the country as the French retail giant pulls out of underperforming markets to focus on reviving flagging sales at home.

The world's No.2 retailer by sales, which has been operating in India since 2010, will shut its five Indian wholesale stores by the end of September, according to a company statement late on Monday.

Carrefour has been in talks with Indian retail companies and strategic investors about its Indian assets in recent months. It has invested about 300 crore rupees ($50.17 million) in its India operations, retail consultants say.

Carrefour is in advanced talks with a buyer to sell its India assets, a source with direct knowledge of the matter said on Tuesday, declining to be identified as he is not authorised to speak to the media.

"Talks haven't failed. The buyer is in the process of carrying out a final round of due diligence," the source said, without giving further details.

A Carrefour spokesperson declined to comment on the talks.

The Indian government opened up the country's $500 billion retail sector to foreign supermarket operators in 2012, but mandatory local sourcing requirements and a decision to let individual Indian states decide whether to allow global chains have deterred new entrants.

Only British supermarket operator Tesco Plc has so far announced plans to set up stores in India.

The new Indian government under Prime Minister Narendra Modi, elected in May, has also opposed foreign investment in the supermarket sector, fearing it will hurt small shopkeepers.

"The barriers were laid down by the previous government and the new government only made it worse by opposing the policy," said Devangshu Dutta, chief executive of retail consultancy Third Eyesight.

"So companies who do not want to lose money in the market have been left with very little choice but to either hold back or fold up," he said.

The world's largest retailer Wal-Mart Stores Inc last year called off its Indian partnership and shelved a plan to open retail stores. The company is now focusing on opening wholesale stores in the country and recently launched an e-commerce venture in India.

Carrefour, under Chief Executive Georges Plassat, has in the past said it will sell non-core assets to raise cash to defend key markets in western Europe, China and Brazil.

The supermarket operator, which runs around 10,000 stores in 34 countries, has exited markets like Greece, Colombia, Singapore and Malaysia among others in the past few years.