Capgemini Announces Reskilling Programme For Employees, One Lakh To Be Trained 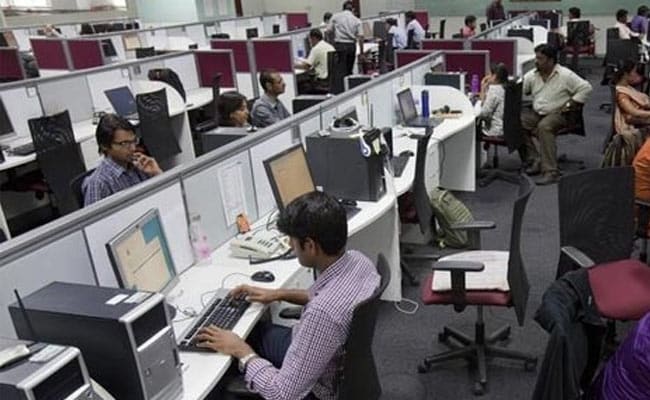 Capgemini is targeting to train each of its one lakh employees in country by 2018.

Mumbai: French technology major Capgemini is targeting to train each of its one lakh employees in the country in digital skills by 2018 as the contours of the outsourcing market undergoes radical changes, a top official has said. Capgemini is also ramping up its hiring of freshers and plans to take the number up to 40 per cent of the total hires in a year from the 15-20 per cent now. "We will touch each of our employee as part of the training programme with new skills in digital and cloud. The idea is to make them future-ready," Capgemini chief operating officer for India Ashwin Yardi told news agency Press Trust of India.

He said that at 1 lakh employees, the India operations account for 54 per cent of Capgemini's global work force, and work on the newer digital technologies constitutes 30 per cent of the revenue at present.

The company makes an assessment where it tests the aptitude of each employee before making her go through the best-suited training module, Mr Yardi said, adding that the minimum training is for 8 hours which can go up depending on the module. The company started the programme in early 2016 and has already finished training nearly 60,000 employees.

The training is imparted using both the classroom as well as specially-created online modules, Mr Yardi said. There is a stress on online modules which helps an employee continue working on the ongoing project while learning newer skills post-work, and ensures the company does not compromise on the utilization levels, he said.

The company always had 40 hours of training which was mandatory per year, Mr Yardi said, adding that this was in older "legacy technologies" and the focus now is on the newer technologies. Identifying the need to change, all IT majors have been investing massively on training in the last three years.

TCS, India's largest software exporter, had in 2015 said it would be training one lakh of its employees in a similar programme.

Capgemini's India head Srinivas Kandula had recently pointed out to the deep-rooted deficiencies in the education system, saying 65 per cent of the employees in the sector are not trainable.

Asked about Capgemini's assessments, and what happens to those who cannot make it, Mr Yardi said those who are unable to cope with can do legacy IT work which still constitutes for 70 per of the revenue.

"There would be a very few who don't have the competence to be in the new system. If they are not, they for some reasons don't have the aptitude or the attitude to be in the new. There is enough work for them to do in the old," he said, but warned they will be at "risk" five years down the line as they'll become "less relevant" or even "obsolete".

Even as many of its peers rethink on outsourcing given rising protectionist tendencies and tepid business outlook, the company is ramping up hiring here and will increase the focus on freshers.
"Our decision is based on the overall revenue growth. We are still building the offshore story and there is still a huge amount of appetite in Capgemini," he said.

Promoted
Listen to the latest songs, only on JioSaavn.com
Without giving the absolute quantum, Mr Yardi said it is looking to up the number of hires from campuses to 40 per cent of the total from 15-20 per cent earlier. He said the company has 35 institutes identified as strategic colleges from which it hires, and added that there are 30 others it will be visiting in the new season.

The idea to get best quality talent is to do visit the campuses in the first five days of placements where up to 70 per cent of students get job offers, he added.