Around 2.4 lakh normal medical beds and 20,000 ICU beds will be created of which 20 per cent would be specially earmarked for children under the plan. 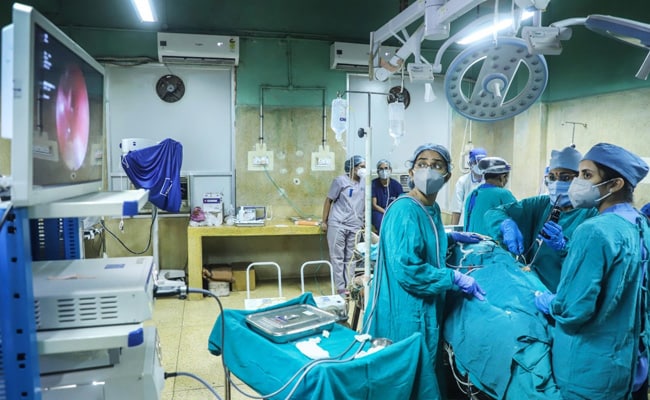 The Union Cabinet, which had its first meeting on Thursday after it was revamped yesterday with the induction of 43 ministers, approved a new scheme titled "India COVID-19 Emergency Response & Health System Preparedness Package: Phase-II" worth Rs 23,123 crore for 2021-22, a move which has come amid the growing possibilities of a third wave hitting the country by August.

It is aimed at accelerating health system preparedness for immediate responsiveness towards early prevention, detection and management of the pandemic.

This is the first major decision taken by the newly reshuffled Union Cabinet, which also includes a new Union Health Minister Mansukh Mandaviya.

Mr Mandaviya, who replaced Mr Harshvardhan, said that under the new package, the Centre would provide Rs 15,000 crore and states Rs 8,000 crore and the plan would be implemented jointly by them across all the 736 districts of the country to improve medical infrastructure at primary and district health centres.

He was speaking to media persons after the cabinet meeting.

Around 2.4 lakh normal medical beds and 20,000 ICU beds would be created of which 20 percent would be specially earmarked for children, he said.

The health minister further said that storage facilities for oxygen and medicines would also be created at district level under the plan.

The plan aims to accelerate health system preparedness for immediate responsiveness for early prevention, detection and management of Coronavirus pandemic with the focus on infrastructure development including for paediatric care and with measurable outcomes, he said.

Mr Mandaviya informed that this is the second phase of the Emergency Response and Health System Preparedness Package as the Central government had given Rs 15,000 crore earlier for setting up Covid-dedicated hospitals and health centres across the country.