Better-than-expected earnings from a raft of US and European companies helped steady global stock markets. 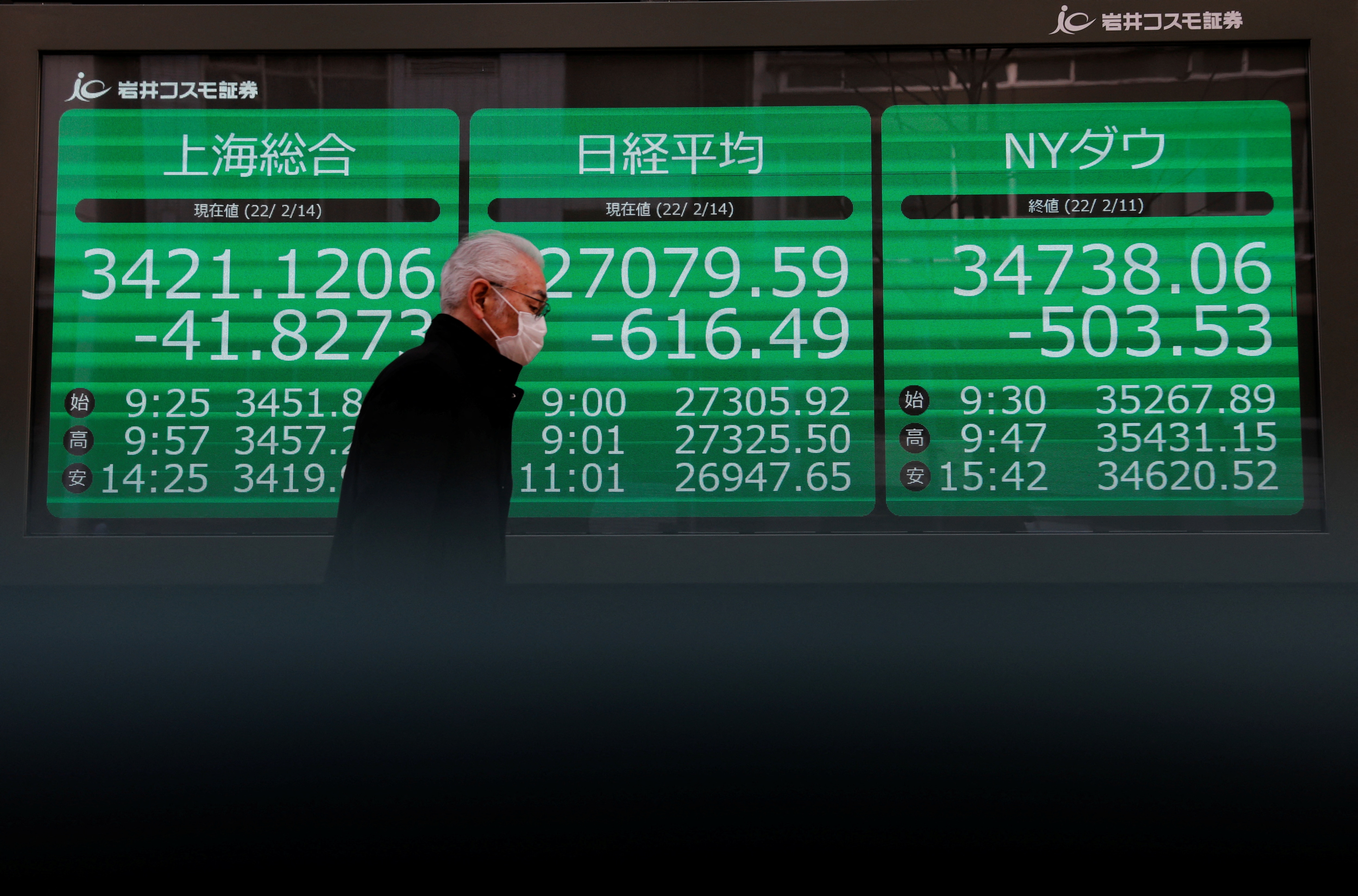 Better-than-expected earnings from a raft of US and European companies helped steady global stock markets on Wednesday, cutting through gloom caused by rising interest rates and the threat of an energy crunch due to Russian gas supply cuts.

Ten-year US Treasury bond yields - the reference rate for global cost of capital - held near three-month lows touched on Tuesday, while several bond market recession gauges continued to flash warnings that growth in the world's largest economy is slowing, if not going into reverse.

Bond gains were capped, however, by the US Federal Reserve meeting that is expected to deliver another big, 75 basis-point (bp) interest rate hike, and healthy second-quarter company earnings, despite cost pressures and labour shortages.

In Europe, Deutsche Bank reported a forecast-beating profit rise as did Italy's Unicredit, boosting an index of European bank shares to a one-week high.

"The question is how long we will continue to see this divergence?"

"I would expect earnings guidance to be more cautious from corporates," he added.

The growth-inflation trade-off will be on the Fed's mind when it announces its rate decision at 1800 GMT. While a 75 bps move is priced, futures still imply a 15 per cent chance of a 100 bps increase.

Treasury markets are already anticipating that so many sharp near-term hikes will hurt longer-run growth, with ten-year yields firmly holding around 2.8 3198061, around 25 bps below their two-year equivalent - the so-called curve inversion that often presages recessions.

Uncertainty remains on the future Fed path, he noted, adding however that "what they are seeing on the activity side takes a bit of pressure off to do more."

The supply shortfalls and possible energy rationing were among issues highlighted by the International Monetary Fund (IMF) on Tuesday, when it cut global growth forecasts.

A complete cut-off of Russian gas to Europe by year-end and a further 30 per cent drop in oil exports may lead to virtually zero European and U.S. growth next year, the IMF warned.

Those worries saw the euro post its biggest one-day loss in a fortnight, though it recouped 0.2 per cent versus the dollar on Wednesday.

Another source of concern is Italy, after S&P Global cut its outlook on Italy's credit rating, sending 10-year bond yields 10 bps higher and its risk premium versus Germany to the highest in over a month.