Budget 2021: The Winners And Losers 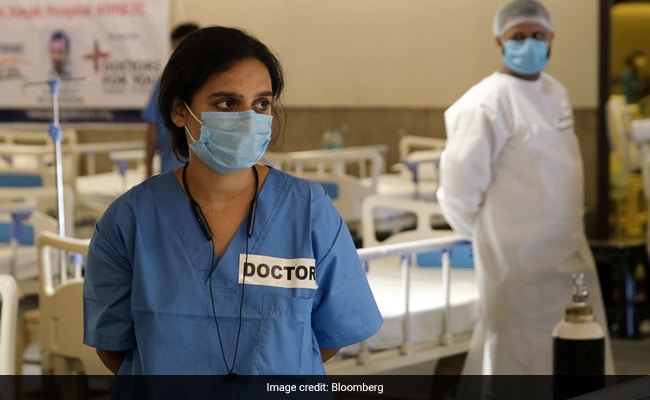 This was probably the toughest budget yet for Prime Minister Narendra Modi, as his government navigates the twin challenges of steering the $2.7-trillion Indian economy out of an unprecedented recession while ensuring more resources to fight the century's worst pandemic.

Although his personal popularity remains intact, angry farmers on the streets and soaring rates of joblessness had raised budget expectations in the nation that has been the second-worst hit by Covid-19. Finance Minister Nirmala Sitharaman had promised an unprecedented budget aimed at buoying the economy.

Here's a short list of winners and losers from Monday's budget announcements.

Hospitals
The Covid-19 pandemic prompted Sitharaman to boost healthcare spending by 137% this year, an improvement over the less than 2% of gross domestic product that India has traditionally spent on health annually. The announcement extended shares of hospital operators including Apollo Hospitals Enterprise Ltd., Max Healthcare Institute Ltd. and Narayana Hrudayalaya Ltd. Other companies likely to benefit may include Dr Lal Pathlabs Ltd., Metropolis Healthcare Ltd. and Thyrocare Technologies Ltd.

State-Run Banks
The government announced it was forming an asset management company to take over stressed assets of banks in an effort to clean up one of the world's worst pile of bad loans. Banks, insurers rose on plans for setting up a bad-debt manager. State Bank of India Ltd., Bank of Baroda, Canara Bank, Union Bank of India, Bank of India and Punjab National Bank could be among the beneficiaries.

Textiles
Sitharaman's announcement of the establishment of seven mega textile parks to be launched in three years could boost the sector, benefiting companies including Century Textiles Ltd., Raymond Ltd., Trident Ltd. and Arvind Ltd. among others.

Bonds
A higher-than-expected $164-billion borrowing plan for the new fiscal year hit India's sovereign bonds, which slid after the announcement. The government also plans to raise an another 800 billion rupees by this fiscal year, on top of its projection of record 13.1 trillion rupees of debt sales.

Exporters
India raised import tariffs on solar and mobile-phone equipment and auto parts, among others. Announced with a view to boosting local manufacturing in line with the government's focus on self-reliance, the move may raise further concerns about India's trade policies that are increasingly seen as protectionist.

Farmers/Rural India
The farm sector received attention but there were no major announcements that could help address the ongoing unrest on New Delhi's borders, where thousands are protesting for the repeal of new agriculture laws. There were also no significant announcements on boosting consumption in the rural economy. The budget estimate for expenditure on the rural jobs scheme was 730 billion rupees for the financial year 2022, compared to the 1.1 trillion expenditure in the revised estimate for FY21.

IT Firms
India's biggest services export contributors received little attention in the budget. There were no sops to boost the future of information technology from Sitharaman this year for companies including TCS Ltd., Infosys Ltd., Wipro, HCL Technologies, Tech Mahindra, along with mid-sized firms like LTI, Mindtree, Persistent and Hexaware.