Budget 2020: Worst Is Over For Economy, Over To Nirmala Sitharaman 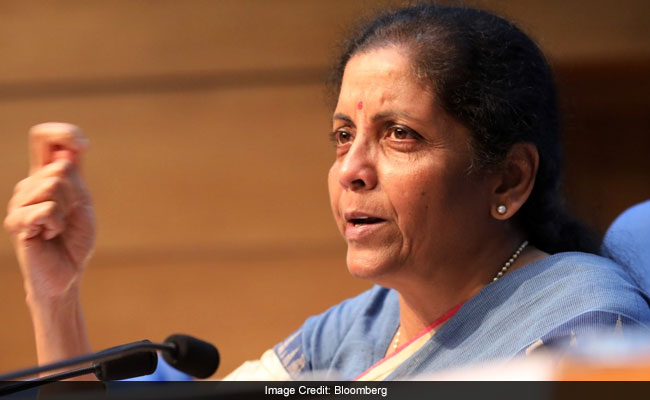 India's economy appears to be shaking off a slump, as activity in the services and manufacturing sectors expanded for a second straight month in December.

The needle on a gauge measuring so-called animal spirits signaled the economy may be taking a turn for the better, as five of the eight high-frequency indicators tracked by Bloomberg News came in stronger last month. The dial was last at the current position in August. 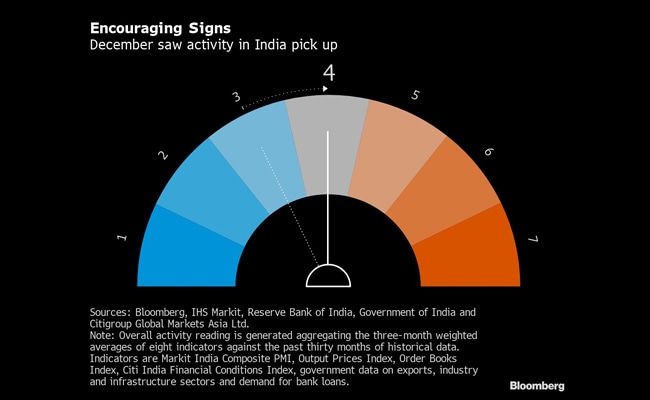 "Animal spirits" is a term coined by British economist John Maynard Keynes to refer to investors' confidence in taking action, and the gauge uses the three-month weighted average to smooth out volatility in the single-month numbers.

The nascent recovery would need a helping hand, with expectations building that Finance Minister Nirmala Sitharaman will provide some stimulus when she presents the budget February 1. Official forecasts show the economy is set to expand at 5 per cent in the year ending March 2020 -- the weakest pace in more than a decade.

Here are the details of the dashboard:

The country's manufacturing PMI also rose -- to 52.7 from 51.2 a month ago -- boosted by the fastest increase in new orders since July. A reading above 50 means expansion while anything below that signals contraction. 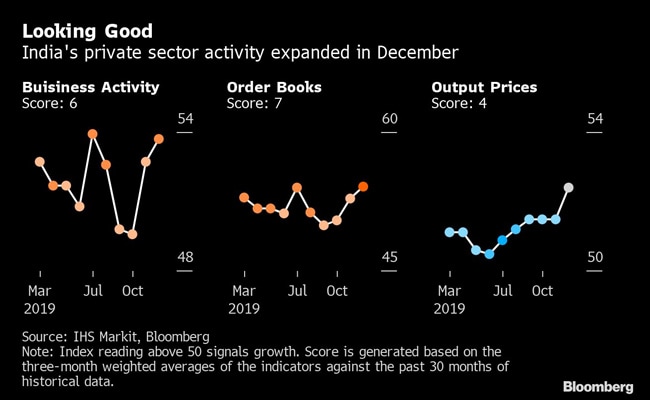 The uptick in business confidence was accompanied by a rise in inflationary pressures, the survey showed. That trend may keep monetary policy makers from resuming interest-rate cuts anytime soon, leaving most of the heavy-lifting to boost growth with the government.

"The relative stability in macro indicators over the past two months suggests that the worst is behind, but the recovery is likely to be prolonged," said Teresa John, an economist at Nirmal Bang Equities Pvt. in Mumbai. "Still, sluggish growth and rising inflation indicate that India may well remain in stagflation for most of 2020."

Exports remained a laggard, falling 1.8 per cent in December from a year ago. The drag was mainly because of a fall in export of engineering goods, which constitute a third of India's non-oil exports. 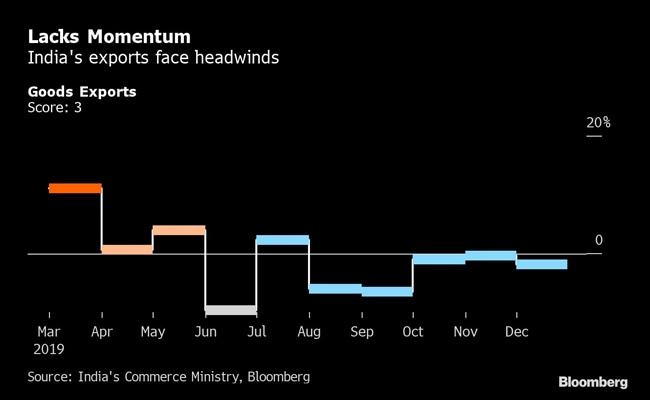 Capital goods imports continued to contract and was lower by 16.5 per cent year-on-year in December after a 22 per cent drop in November. This was the seventh consecutive month of continuous decline, underscoring the weakness in the capex cycle, according to IDFC First Bank.

Funding conditions held out hope, showing considerable improvement in December, according to the Citi India Financial Conditions Index. Credit growth remained tardy though, with demand for loans rising at a slower 7.1 per cent pace from a year ago compared with a nearly 8 per cent growth in November. 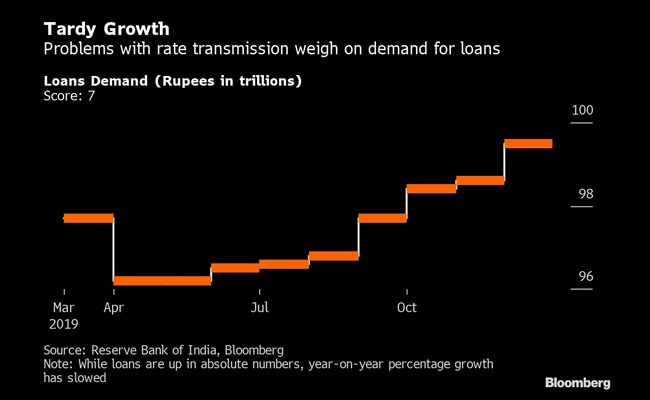 Industrial output rose for the first time in four months in November. The pick up was broad-based, led by mining, manufacturing and electricity. Mining and manufacturing, in particular, posted a second month of sequential growth. Production of consumer goods also rose after a few months of contraction.

The index of eight core infrastructure industries, which feeds into the index of industrial production, however declined 1.5 per cent in November from a year ago -- the fourth straight month of contraction. That was on account of shrinking production of electricity, steel, coal, natural gas and crude oil. Both the core sector and industrial output numbers are reported with a one-month lag.