Investors and consumers were disappointed by the budget as no new incentives were offered for the beleaguered financial sector and housing market. 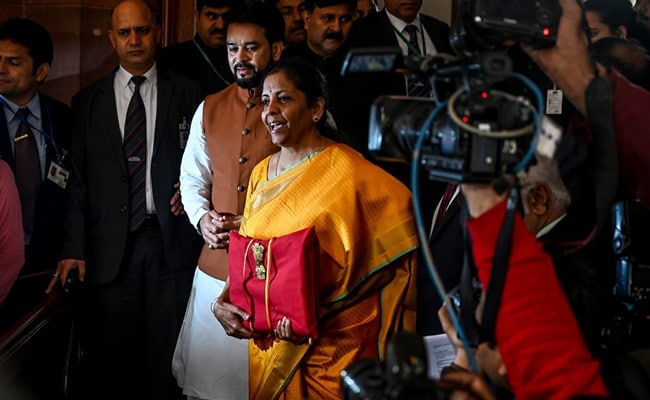 The Union Budget for financial year 2020-21 is unlikely to drag Asia's third- biggest economy out of its worst slowdown in more than a decade as the government has proposed only moderate spending increases and small cuts in personal taxes, economists said on Sunday.

They said there was a risk the government might miss its fiscal deficit target for 2020-21 as it was dependent on raising almost $30 billion from the sale of stakes in state-run firms and financial institutions to meet ambitious revenue goals.

In its budget for the year starting in April unveiled on Saturday, the government relaxed its fiscal deficit target so it could spend an nearly $15 billion more, mainly on infrastructure and farming, while pushing ahead with privatisations.

Economists and industry leaders said the budget proposals would provide some support to growth over the longer term but were insufficient to give it an immediate boost.

India's economy is forecast to grow 5 per cent in the year ending in March, its weakest pace in 11 years, ratcheting up the pressure on Prime Minister Narendra Modi.

"We see the budget as largely neutral for growth and inflation," said Nomura economist Sonal Varma, adding that the financial sector's problems could further delay any recovery. The government has proposed increasing spending to boost consumer demand and investment but it could not go far enough because a slowdown in revenue receipts tied its hands, economists said.

Rating agency Moody's Investor Service said the budget highlighted the fiscal challenges from slower real and nominal growth, which may continue longer than the government expects.

Nomura said annual growth in gross domestic product (GDP) most likely slipped to 4.3 per cent in the last three months of 2019, after dropping to 4.5 per cent the previous quarter, its slowest in more than six years.

Economists said India risked missing its budget deficit target of 3.5 per cent of GDP in 2020-21 as the government's revenue growth target of nearly 10 per cent depends on raising almost Rs 2.1 lakh crore from privatisations.

Investors and consumers were also disappointed by the budget as no new incentives were offered for the beleaguered financial sector and housing market while it wasn't clear whether proposed changes to individual taxes would result in net gains.

Indian shares slid to their lowest in more than three month in a special trading session on Saturday after the budget was released, dented by what analysts said was a lack of sufficient stimulus measures.

Speaking to reporters on Sunday, Finance minister Nirmala Sitharaman said investors would soon appreciate the steps taken to boost growth as she had tried to balance fiscal discipline with additional spending, while giving concessions to taxpayers.

Many taxpayers lamented on social media that the budget was largely "corporate-friendly" as it exempted companies from paying tax on dividends, on top of a September cut in corporate tax rates to 22 per cent from over 30 per cent for existing companies.

Receivers of dividends will now be taxed instead, increasing the burden on high-income taxpayers. Ms Sitharaman said the government would issue clarifications on tax cuts soon and may infuse more funds into state-run banks, if needed.

The Reserve Bank of India (RBI) has cut its benchmark repo rate by 135 basis points since last year but debt-ridden banks have not fully passed on the benefits to borrowers.

The RBI's monetary policy committee will next meet on February 6 and the majority of economists expect it to leave rates unchanged following after recent spike in retail inflation, while signalling scope for easing in the future.

Income Tax Slab: You Will Now Pay Rs 1.95 Lakh In Tax On Rs 15 Lakh Income In This Case