Budget 2019: Krishnamurthy Subramanian said that Budget briefcase had been replaced by the traditional bahi khata in keeping with Indian tradition. 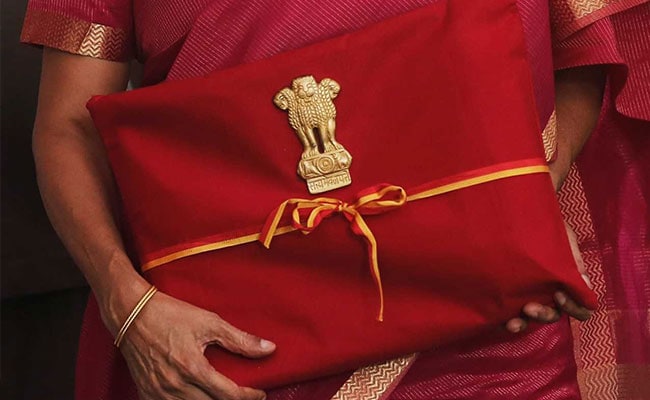 Union Budget 2019 was presented by Nirmala Sitharaman in the Lok Sabha today.

Union Finance Minister Nirmala Sitharaman does away with the tradition of carrying a Budget briefcase. Outside the North Block, she was seen carrying a red folder with the national emblem wrapped with a ribbon instead of a Budget briefcase. This red folder was described by officials as the "bahi khata". Chief Economic Advisor Krishnamurthy Subramanian said that the Budget briefcase had been replaced by the traditional 'bahi khata' in keeping with Indian tradition. "It is in Indian tradition. It symbolizes our departure from slavery of western thought. It is not a budget but a 'bahi khata'(ledger)," Mr Subramanian was quoted as saying in ANI's tweet.

Chief Economic Advisor Krishnamurthy Subramanian on FM Nirmala Sitharaman keeping budget documents in four fold red cloth instead of a briefcase: It is in Indian tradition. It symbolizes our departure from slavery of Western thought. It is not a budget but a 'bahi khata'(ledger) pic.twitter.com/ZhXdmnfbvl

Here are 10 things to know about Budget:

3. This Budget will be the first full budget by the Prime Minister Narendra Modi-led National Democratic Alliance (NDA) government after returning to power in May.

4. Ms Sitharaman, India's first full-time woman finance minister, is expected to raise spending and cut taxes on business in Budget 2019 to shore up the economy after a five-year low.

5. Down the years, it has been seen that the finance minister announcing the budget carries a briefcase, which contains the printed Budget speech.

6. The first Union Budget of Independent India was presented on November 26, 1947 by RK Shanmukham Chetty. He carried a leather bag.

7. Jawaharlal Nehru - who presented the budget in 1958 - carried a black briefcase.

8. Manmohan Singh, who delivered the Budget in 1991, carried a black bag.

9. Finance Minister Arun Jaitley held up a tan briefcase in the past.

10. Piyush Goyal, who presented the interim Budget on February 1, 2019, carried a 'red briefcase'.