India has been able to spend only about $100-110 billion annually on infrastructure, leaving a deficit of around $90 billion per annum," it said. 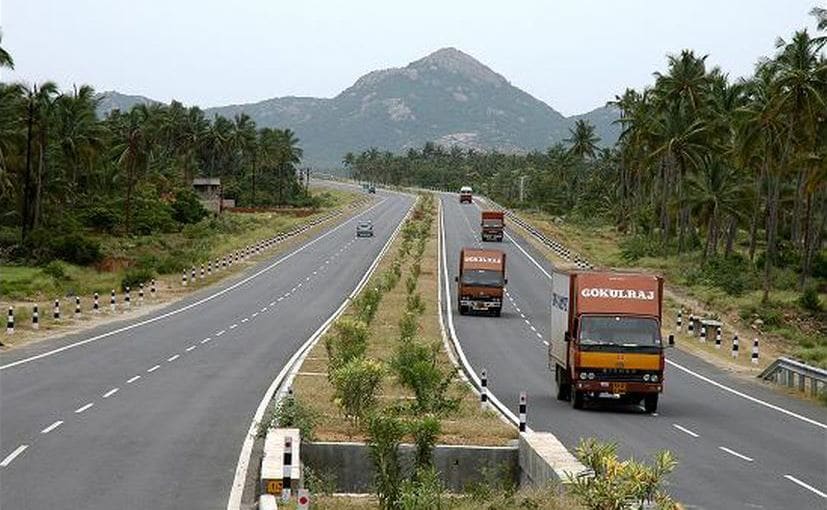 India needs to almost double its annual spending on infrastructure at $200 billion and the real challenge lies in harnessing private investment, said the Economic Survey 2018-19 tabled in Parliament on Thursday.

To achieve the target of $10 trillion economy size by 2032, a robust and resilient infrastructure system is required, supported by adequate private investments, the survey document noted.

As the country has only been able to put $100 to 110 billion annually into infrastructure development, this huge investment gaps of about $90 billion in the space needs funding through "innovative approaches", it said underlining the strong relations between the economy and infra as "the correlation of investments in inland, road, rail and airport infrastructure to GDP are higher than 0.90".

Given the fiscal constraints that leave less room for expanding public investment at the scale required, there is an urgent need to accelerate the flow of private capital into infrastructure, the survey document said.

"India needs to spend 7-8 per cent of its GDP on infrastructure annually, which translates into annual infrastructure investment of $200 billion currently.

However, India has been able to spend only about $100-110 billion annually on infrastructure, leaving a deficit of around $90 billion per annum," it said.

With the aim of boosting investment in infrastructure, "the National Investment and Infrastructure Fund has been created with a capital of approximately Rs 400 billion to provide investment opportunities to commercially viable projects", it said adding that a Credit Enhancement Fund for projects for increasing the credit rating of bonds floated by infra companies is going to be launched in the country.

Also stressing the need for creating "next generation infra", it said physical infrastructure attained a rapid pace with more than 20 per cent of the existing highway length of 132,000 km being constructed in the last four years, creation of additional 40 lakh seating capacity under UDAAN and expansion of key bridges.

"In order to create a $10 trillion economy by 2032, India needs a robust and resilient infrastructure. Public investment cannot fund the entire infrastructure investment requirements of the country," the survey said.

Private players are usually eager to bring their capital only into developed Indian states and therefore, the real challenge lies in bringing adequate private investment across the country with the collaboration of public sector, it said.

Sustainable Development Goal (SDG) number 9 aims to "develop quality, reliable, sustainable and resilient infrastructure, including regional and trans-border infrastructure to support economic development and human well-being, with a focus on affordable and equitable access for all, it said.

About highways sector, it said major constraints faced are availability of funds for financing large projects, lengthy processes in land acquisition and payment of compensation, environmental concerns, time and cost overruns due to delays in project implementation, procedural delays and lesser traffic growth than expected increasing the riskiness of the projects resulting in stalled or languishing projects and shortfall in funds for maintenance.

Private sector investment has been tardy as private investors are interested in short term investments while NHAI and NHIDCL were looking for long-term borrowing arrangements keeping in view long gestation period of road projects, it said.

Indian railways, it said, has initiated a major electrification programme for electrifying 100 per cent of its broad gauge network which will reduce the nation's dependence on imported diesel oil.

About the civil aviation sector, it said that in 2018-19, a total of 107 airports provided scheduled airline operations and based on the performance of joint ventures in the airport sector, the government has decided to lease out six brown-field airports of the Airports Authority of India (AAI) at Guwahati, Lucknow, Jaipur, Ahmedabad, Mangalore and Thiruvananthapuram via public private partnership (PPP) mode for enhanced revenue.

The demand and supply trends in civil aviation shows that passenger demand is higher than seat supply, the survey document said.

Stating that shipping and ports sectors play a pivotal role in trade dynamics, the survey said to meet the ever-increasing trade requirements, expansion of port capacity has been accorded the highest priority with implementation of well-conceived infrastructure development projects like Sagarmala and Unnati.

The creation of physical infrastructure accelerated significantly during 2014-19, it said adding that electrification programme has reached almost all villages of the country.

Also, the survey made a strong case for a introducing a platform similar to Transport for London (TfL).