Mahindra Racing will have access to Pininfarina's testing facilities in Italy which will help the team enhance the aerodynamic efficiency of its race car, the company said. 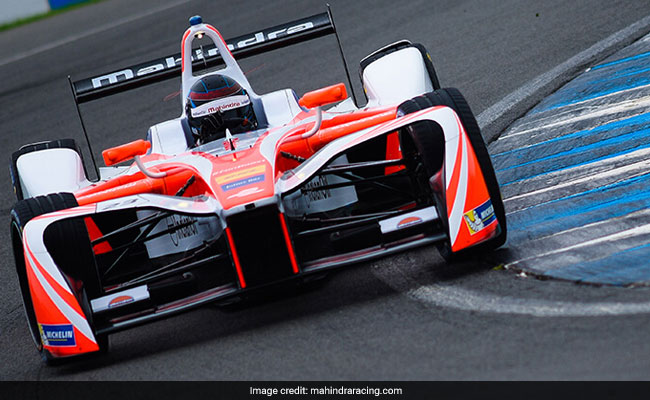 Mahindra Racing is a part of the Mahindra group

New Delhi: Mahindra Racing on Wednesday said it had entered into a strategic partnership with Pininfarina and Tech Mahindra under which it would get access to the Italian design firm's expertise and Indian tech major's digital technology. Besides, Pininfarina will also become a sponsor of the Mahindra Racing Formula E team, Mahindra Racing said in a statement.

Mahindra Racing is a part of the Mahindra group and it competes in the FIA Formula E Championship.

"This (partnership) enables the team to leverage Pininfarina's legendary design and technology expertise to enhance the performance of its M5Electro race car, currently under development for Season 5 of the Formula E Championship which begins in December 2018," it said.

This strategic partnership is also "aligned to Mahindra's vision of FUTURise, a creative expression of how we are driving growth through world class innovation in all our businesses", he added.

The partnership will also focus on other areas of design and technology, including Computational Fluid Dynamics (CFD). It will also help Mahindra with its 'Race to Road' strategy that involves the application of learning from the race track into the development of new electric road vehicles, in due course, the statement said.

Moreover, Mahindra Racing will also have access to Pininfarina's testing facilities in Italy which will help the team enhance the aerodynamic efficiency of its race car, it said.

Promoted
Listen to the latest songs, only on JioSaavn.com
Tech Mahindra chief strategy and marketing officer Jagdish Mitra said that by combining Pininfarina's design with Tech Mahindra's digital expertise "we are demonstrating how the products of the future will need to be adapted for a convergent world".