The Budget 2018-19 has reintroduced the provision of taxing long term capital gains after a gap of 14 years. 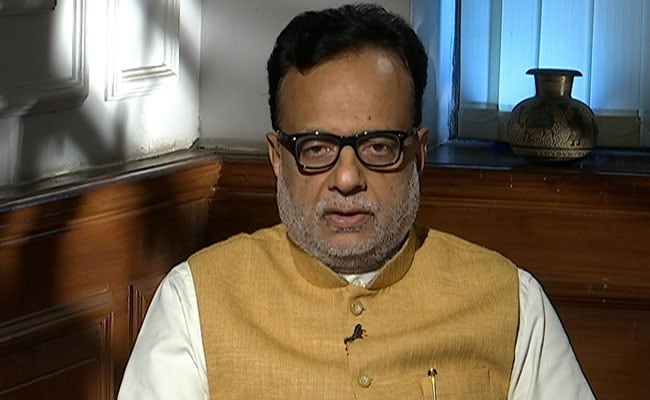 Finance Secretary Hasmukh Adhia said the income of government from STT is a paltry Rs 9,000 crore

New Delhi: The selloff in equity markets is due to a weak global sentiment and not because of long-term capital gains tax announced in the budget, Finance Secretary Hasmukh Adhia said on Monday. He said the 10 per cent tax on long-term capital gains (LTCG) is a "subsidised rate" as such gains on sale of unlisted scrips and immovable property are taxed at 20 per cent.

"It is very unfortunate that our move came in at wrong time because of global markets also going down. There is a strong connection of all equity markets. The MSCI all country index of equity markets went down by 3.4 per cent in last week, especially on Thursday Friday," Mr Adhia said a post-budget meet organised by industry body CII.

"If the entire world index has gone down by 3.4 per cent, naturally it would have ripple effect on Indian stock market also. It is not LTCG tax effect," he said.

The benchmark stock indices Sensex and Nifty on Monday dropped up to 1.6 per cent in morning trade, continuing their decline for a third session on heavy profit booking by investors.

The Indian stock market was no exception to global markets which also suffered losses of up to 2.4 per cent on Monday after deep correction in the US markets last week triggered by a sharp rise in Treasury yields.

However, all gains made up to January 31, 2018, have been grandfathered -- meaning no tax will be imposed till that date.

"There is nothing that you are going to lose by selling it immediately. So it's not the effect of LTCG tax, it is the overall index of the equity market which has changed in other countries of world," Mr Adhia said.

Mr Adhia, who is also the revenue secretary, said the income of government from Securities Transaction Tax (STT) is a paltry Rs 9,000 crore.

"In equity market there are more number of short term capital gains transactions, so income of Rs 9,000 is mostly from short term transaction," he said.

Promoted
Listen to the latest songs, only on JioSaavn.com
The Budget 2018-19 has reintroduced the provision of taxing long term capital gains after a gap of 14 years.

Meanwhile, explaining the reason behind imposition of LTCG, the government said that exempting such income from tax was inherently biased against manufacturing and encouraged diversion of investment to financial assets.