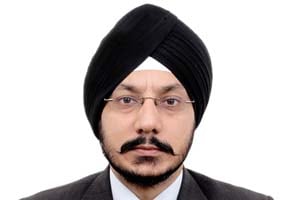 There have been high expectations from the Union Budget 2014-15 considering the unprecedented win of a single political party. The wait is over as Finance Minister Arun Jaitley announced the Budget in Parliament on Thursday.

While outlining the direct tax proposals in the Budget, the Finance Minister said, "I had to encounter the challenges of an extremely limited fiscal space. Nonetheless, I propose to measures to revive the economy, promote investment in manufacturing sector and rationalize tax provisions so as to reduce litigation."
As mentioned by him, the Union Budget has few proposals that will improve tax savings or the purchase power of the middle class.
In this article, we have outlined some of the key budget proposals relating to personal taxation:
Tax rates/slabs
With a view to provide relief to taxpayers and senior citizens, the tax exemption threshold has been proposed to be increased Rs 2.5 lakh from Rs 2 lakh for individual taxpayers who are below the age of 60. This change will lead to tax savings of Rs 5,000.
For resident senior citizens who are of the age of 60 or more but less than 80, the threshold limit has been proposed to be increased to Rs 3 lakh from Rs 2.5 lakh.
However, the exemption limit for resident senior citizens who are of the age of 80 or more will remain the same at Rs 5 lakh.
Also, there is no change in surcharge for income exceeding Rs 1 crore (10 per cent) and education cess (3 per cent).
The proposed income tax slabs and rates would be as follows:
Interest on housing loan for self-occupied house property
Considering the appreciation in the value of house property and the cost of finance, the existing deduction limit of Rs 1.5 lakh has been proposed to be increased to Rs 2 lakh for interest paid on self-occupied house property.
This change will lead to tax savings of Rs 5,000-15,000 depending on the individual's tax slab and rate.
Deduction limit under Section 80C of the Income Tax Act
In order to encourage household savings, it is proposed to raise the deduction limit under Section 80C from the existing limit of Rs 1 lakh to Rs 1.5 lakh.
Also, to address the concerns of decline in savings rate and to increase tax exempt earnings, the annual ceiling limit under the PPF scheme is proposed to be enhanced to Rs 1.5 lakh per annum from Rs 1 lakh.
Long-term capital gains on debt-oriented mutual funds
It is proposed that an unlisted security and a unit of a mutual fund, other than equity oriented mutual fund, will be considered as a long-term capital asset if it is held for more than 36 months. Under the existing provisions, if the same is held for more than 12 months, it is considered as a long-term capital asset.
Also, the rate of tax on long-term capital gain on the above has been proposed to be increased from 10 to 20 per cent.
Taxability of advance for transfer of a capital asset
It is proposed to tax any sum of money received as an advance in the course of negotiation for transfer of a capital asset, if such money is forfeited and the negotiations do not result in transfer of capital asset. The amount will be taxed under the head 'Income from other sources'. Under the existing provisions, such amount shall be reduced from the cost of acquisition of the asset while determining capital gains.
Capital gain exemption in case of investment in residential house property
As per the existing provisions, long-term capital gain arising from transfer of a capital asset is exempt under Section 54/54F if invested in purchase of a house property, subject to certain conditions. It has now been clarified that the investment should be made in one residential house property situated in India.
As amendments pronounced in the Budget will improve common man's net pay to certain extent, one should always keep a tab on the latest happenings to ensure compliance and proper financial planning.
Disclaimer: The opinions expressed within this blog are the personal opinions of the author. NDTV is not responsible for the accuracy, completeness, suitability, or validity of any information on this blog. All information is provided on an as-is basis. The information, facts or opinions appearing on the blog do not reflect the views of NDTV and NDTV does not assume any responsibility or liability for the same.
Promoted
Listen to the latest songs, only on JioSaavn.com