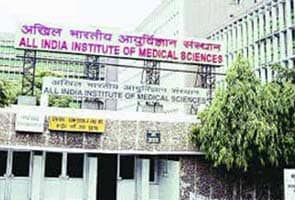 Healthcare industry today welcomed the government's plan to open more AIIMS-like institutions in the country, saying it would bring down the cost of treatment.

This would also be helped by the proposal to increase FDI to 49 per cent in insurance sector that "has a direct bearing on access to overall coverage with healthcare being a critical subset", she added.

Presenting the Budget for 2014-15, Finance Minister Arun Jaitley said two key initiatives -- free drug service and free diagnosis service -- would be taken up on priority as part of move towards 'Health for All'.

Charting out the healthcare roadmap of the new government, Mr Jaitley said plans have been firmed up to set up four more AIIMS like institutions at Andhra Pradesh, West Bengal, Vidarbha in Maharashtra and Poorvanchal in UP is under consideration and a sum of Rs 500 crore has been set aside.

However, consulting firm Deloitte in India Senior Director Charu Sehgal said: "The almost negligible focus on healthcare in this budget was disappointing. There was hope of the government increasing health expenditure closer to the 2.5 per cent of GDP as well as of announcing initiatives that would encourage private investments aimed at improving healthcare availability in underserved areas."

Promoted
Listen to the latest songs, only on JioSaavn.com
Specifically, the announcement to set up All India Institutes of Medical Sciences (AIIMS) in Bengal, Andhra Pradesh, Purvanchal and Jharkhand, with the eventual intent to cover all States, will go some distance in bridging the supply demand gap for qualified medical personnel, Mr Singh said.