Budget 2014: Government Rationalises Duty on All Diamonds at 2.5 Per Cent 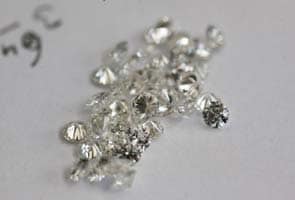 New Delhi:
The government on has rationalised basic customs duty for all kinds of diamonds at 2.5 per cent.
The move was welcomed by the industry. However, it also expressed disappointment over no cut in gold import duty.
"To prevent misuse and avoid assessment disputes, the basic customs duty on semi-processed, half cut or broken diamonds, cut and polished diamonds and coloured gemstones is being rationalised at 2.5 per cent," Finance Minister Arun Jaitley said while presenting the Budget for financial year 2014-15.
At present, semi-processed, half cut or broken diamonds are exempted from basic customs duty, while cut and polished diamonds and coloured gemstones attract basic customs duty of 2 per cent, Mr Jaitley said.
"To encourage exports, pre-forms of precious and semi-precious stones are being fully exempted from basic customs duty," he added.
"However the jewellery sector is largely disappointed as the import duty on gold has not been reduced even by 2-3 per cent, which will continue the occurrence of gold smuggling," the Gems and Jewellery Export Promotion Council (GJEPC) said.
Promoted
Listen to the latest songs, only on JioSaavn.com