A BSNL recharge of Rs 485 comes with the benefit of 1 GB of data per day for the first 90 days. BSNL said the effective date of implementation of prepaid plans may be vary from circle to circle. 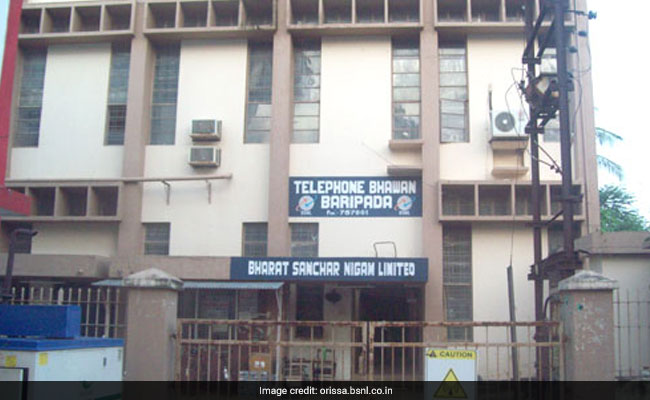 BSNL or Bharat Sanchar Nigam Limited has announced new recharge plans at Rs 186, Rs 187 and Rs 485. Under a promotional STV or special tariff voucher priced at Rs 187, state-run telecom operator BSNL is offering unlimited voice calls along with 1 GB (gigabyte) of mobile data for a validity period of 28 days, according to its website - bsnl.co.in. Under another STV priced at Rs 485, BSNL is offering unlimited voice calls over a validity period of 180 days, among other benefits, BSNL added on its website. BSNL's Rs 485 plan also includes 1 GB of data per day however this benefit is applicable for the first 90 days, it mentioned. The effective date of implementation may be vary from circle to circle, thus the same may be confirmed from respective circle offices, according to BSNL.

Promoted
Listen to the latest songs, only on JioSaavn.com
Here are some of BSNL's new vouchers offered on a promotional basis:

The Rs 187 recharge pack, according to BSNL, includes PRBT or Personalised Ring back Tone - a service that enables a subscriber to set up a tune instead of the default ring. Free calls offered under BSNL's recharge pack priced at Rs 187, which includes GST (Goods and Services Tax), include local and STD calls made on the home LSA (Licensed Service Area) as well as BSNL's national roaming area (excluding Mumbai and Delhi), according to the telecom company's website. The Rs 187 recharge plan or STV is applicable on both on-net - calls made on BSNL's own network - and off-net calls - calls made outside BSNL's network. 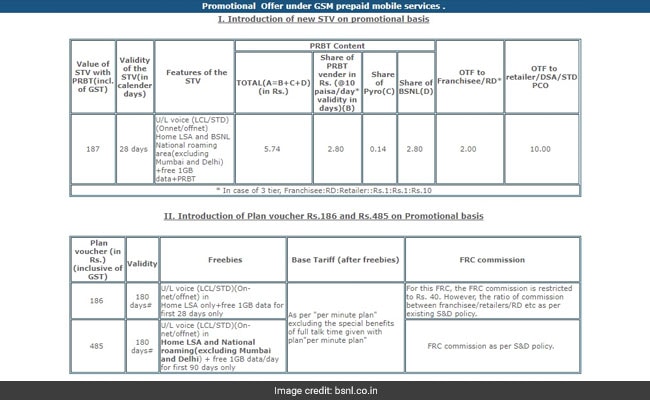 (BSNL has introduced new plan vouchers on a promotional basis)

BSNL's plan voucher priced at Rs 485 (including GST) comes with a validity period of 180 days. However, the 90 GB of mobile data at a daily limit of 1 GB is applicable for the "first 90 days only", BSNL said. The Rs 485 plan voucher includes unlimited on-net and off-net calls in the home LSA and national roaming (excluding Mumbai and Delhi), according to the BSNL website.