Domestic stock markets resumed their record-setting spree on Thursday, as realty stocks jumped after the government's Rs 25,000-crore boost to the sector. The S&P BSE Sensex index rose as much as 218.49 points to touch a new record high of 40,688.27 in the final minutes of the session, before shutting shop at a record 40,653.74, up 183.96 points - or 0.45 per cent - from the previous close. The broader NSE Nifty benchmark climbed to as high as 12,021.40 but was still 81.65 points away from its all-time high, before ending with a gain of 50.05 points - or 0.42 per cent - at 12,016.10. The markets briefly reversed direction in afternoon deals amid volatility in financial stocks and returned to the positive territory as Sun Pharma soared after positive earnings for the September quarter.

Here are highlights of the movement in domestic stock markets (Sensex and Nifty) on November 7:

Market breadth was positive to neutral, with 1,245 stocks trading higher on the National Stock Exchange, 1,095 moving lower and 193 flat. On the BSE, 882 stocks advanced, 837 declined and 425 remained unchanged.
Nov 07, 2019 13:52 (IST)
Indiabulls Housing Finance Shares Jump Nearly 17% After Q2 Earnings
Indiabulls Housing Finance shares jumped nearly 17 per cent a day after the company reported its earnings for the quarter ended September 30. The housing finance company reported a net profit of Rs. 709.52 crore for the second quarter of current financial year, down 32.05 per cent compared with  the corresponding period a year ago. At 1:50 pm, Indiabulls Housing Finance shares traded 8.05 per cent higher at Rs 236.90 apiece on the BSE, outperforming the benchmark Sensex index which was up 0.27 per cent.
Nov 07, 2019 13:49 (IST)
Jindal Steel, Hindalco, Vedanta Lead Gains In Metal Shares
Jindal Steel rose 9.69 per cent, Hindalco 2.88 per cent, Vedanta 3.20 per cent and Hindustan Zinc as much as 2.79 per cent, leading the gains in the sector.
The Nifty Metal index jumped as much as 1.69 per cent and the S&P BSE Metal picked up 1.64 per cent.
Nov 07, 2019 13:24 (IST)
US-China Trade Optimism Pushes Metals Higher
The Chinese government said China and the US must simultaneously cancel some existing tariffs on each other's goods for both sides to reach the first phase of a trade deal. The proportion of tariffs cancelled must be the same, and how much tariffs should be cancelled can be negotiated, said Gao Feng, spokesman at the Chinese commerce ministry.
Nov 07, 2019 12:26 (IST)
Yes Bank Falls 4% After Moody's Places Ratings Under Review
Yes Bank shares fell nearly 4 per cent on Thursday, a day after credit ratings agency Moody's Investors Service said it had placed private sector lender's rating under review for a downgrade. During the review period, Moody's said, it will focus on Yes Bank's ability to raise new equity capital. 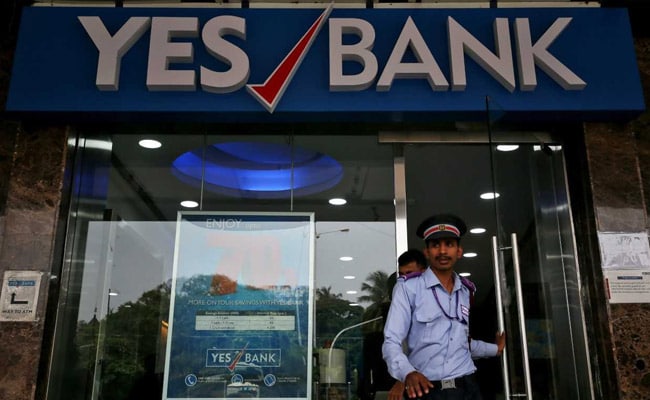 Nov 07, 2019 11:28 (IST)
IndiGo Shares Rise Nearly 2% After Codeshare Agreement With Qatar Airways
IndiGo signed a one-way codeshare agreement with Qatar Airways. In a regulatory filing, InterGlobe Aviation - the parent company of airline IndiGo - said the one-way agreement is in-line with its international expansion plans, and will enable Qatar Airways to place its code on IndiGo flights between Doha and Delhi, Mumbai and Hyderabad.

Shares in other real estate firms such as Sobha and Prestige Estates Projects rose over 8 per cent and 4 per cent, respectively.
Nov 07, 2019 10:01 (IST) "The special window would provide funds to stalled housing projects enabling them to complete unfinished projects and consequently ensure delivery of homes to a large number of home-buyers," Finance Minister Nirmala Sitharaman said.
Nov 07, 2019 08:55 (IST)
Asian Shares Near Multi-Month Peaks
Equities in other Asian markets were near multi-month peaks amid lacklustre trade, with MSCI's broadest index of Asia-Pacific shares outside Japan easing a slight 0.1 per cent, just off a six-month high hit earlier in the week.
Japan's Nikkei dithered either side of flat in quiet trade, having touched a 13-month top on Wednesday.
Nov 07, 2019 08:54 (IST)
SGX Nifty Futures Indicate Positive Start For Domestic Markets

Domestic stock markets are likely to start the session on a positive note, a day after the S&P BSE Sensex clocked a record high. At 8:42 am, the Singapore Exchange (SGX) Nifty futures - an early indicator of the National Stock Exchange (NSE) Nifty index in India -  traded 6.50 points higher at 12,014.00, after climbing to as high as 12,030.00.