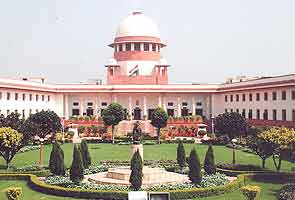 Employees across corporate India are expected to get a lower average salary hike of 11.54 per cent in 2012 compared to last year as companies are grappling with sluggish economic activities, says a survey.

As per the survey conducted by HR consulting firm Right Step Consulting, the salary hikes for India would decline to 11.54 per cent in 2012 from 11.89 per cent in 2011.

"After having grown at the rate of 8.4 per cent over the last two years, the Indian economy slowed down considerably in the year ended March 2012 and the lower than expected growth in economy at only 6.9 per cent is reflecting in the Indian corporate sector's lower outlook for compensation hikes for its employees," Right Step Consulting Director Vishal Bhargava said.

"Drop in salary hikes in manufacturing sector was expected given that sector's estimated growth rate in 2011-12 at 3.9 per cent is a drop of almost 50 per cent as compared to 7.6 per cent in the previous year," Bhargava said.

Among the sector, prominent core sectors such as power, steel, mining and construction are all expecting a lower salary hike.

"Besides, the drop in expected salary hikes in services is on account of sharp drop in telecom and drops in sectors like retail, IT software, BFSI and travel/hospitality," he added.