Bond Losses Set To Rise As Dissent Breaks Out At RBI: Report

The bond yields in India will rise by year-end as disagreement among central bank's rate-setting panel members indicates they are moving toward a more hawkish stance, a Bloomberg survey has found 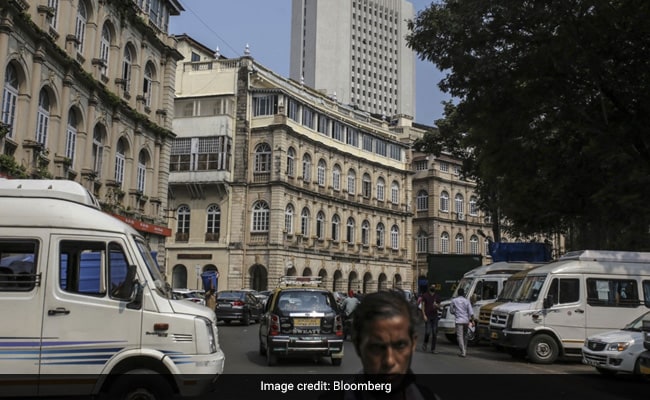 The bond yields in India will rise by year-end as disagreement among central bank's rate-setting panel members indicates they are moving toward a more hawkish stance, a Bloomberg survey has found. The benchmark 10-year yield will climb to 6.40 per cent by December, while the five-year yield will increase to 5.90 per cent, according to the median estimate in the survey of 15 traders, fund managers and economists conducted this week. The 10-year yield closed at 6.23 per cent on Thursday, and the five-year at 5.74 per cent.

Bearishness toward the country's sovereign debt increased after one of the six Reserve Bank of India monetary policy panel members voted against the lower-for-longer stance at last week's policy meeting. That was a departure from previous gatherings this year when they had been unanimous on the need to support growth amid the coronavirus. 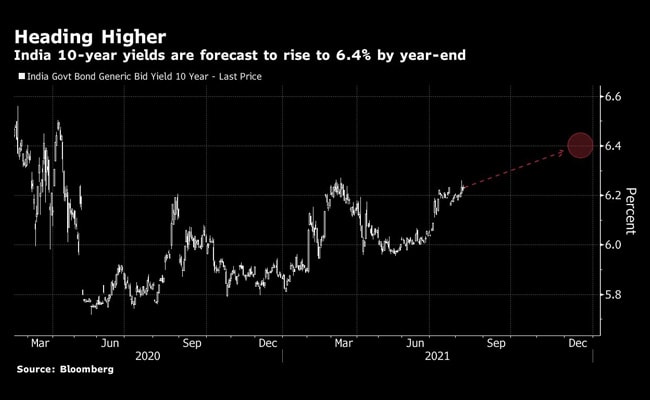 Two other bond negatives also came out of the meeting. The RBI raised its average inflation forecast for the current fiscal year to 5.7 per cent from 5.1 per cent, and said it would increase the amount of money it drains from the banking system via its variable rate reverse repurchase agreements.

The dissent from monetary policy committee member Jayanth Rama Varma came after India's annual inflation rate topped 6 per cent in both May and June, putting it back above the upper end of the RBI's target band. While this wasn't the first time Mr Varma dissented, it added to a slew of negatives for the nation's debt including rising supply, stubborn inflation and speculation the global recovery is gathering pace.

The Bloomberg survey also found a wide divergence of views about when the RBI will start raising its key reverse repurchase rate. Six of the analysts forecast the first move will take place in December, while two said February, six April and one in June.

Swap markets are currently predicting the initial hike will take place in October, while 40 basis points are priced in by December, according to ICICI Securities Primary Dealership.

"The RBI could straddle this divide between market expectations and its own patient approach by guiding the market for a December hike using growth and vaccination goalposts," ICICI economists including A. Prasanna in Mumbai wrote in a research note. "Such a contingent guidance in the October review would plausibly prevent premature tightening of financial conditions."

Another crucial determinant for India's bond yields is how aggressive the RBI will be in trying to prevent them from rising. The central bank is scheduled to buy 1.2 trillion rupees ($16.2 billion) of bonds this quarter under its government securities acquisition programme.

"The way the market moves will depend on supply and how much the RBI buys in its so-called GSAP purchases," said Rajeev Pawar, head of treasury at Ujjivan Small Finance Bank Ltd. in Mumbai. "It's pure supply and demand driven right now. The market is not in a bearish mode, but completely in a holding pattern."