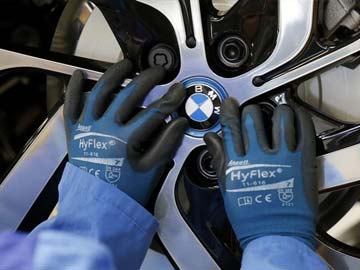 BMW has announced it will spend $1 billion to build a new luxury car factory in northern Mexico that will start production in 2019 as part of an effort to expand its presence in the United States.

The plant in the northern state of San Luis Potosi will have the capacity to make 150,000 cars a year while employing 1,500 people, BMW board member Harald Kruger said.

He made the announcement in Mexico City on Thursday, accompanied by President Enrique Pena Nieto.

Mr Kruger said BMW's only other North American factory, in Spartanburg, South Carolina, will receive $1 billion in investment to increase its production capacity to 450,000 cars by the end of 2016.

"This decision underscores our commitment to the NAFTA region," Mr Kruger said.

BMW, which has 28 factories in 13 countries, is also building a plant in Santa Catarina, Brazil, which will start production later this year.

The announcement came a week after Daimler and Renault-Nissan said they would spend $1.6 billion on a factory in Mexico to make premium compact cars for the Infiniti and Mercedes brands.

Since 2011, the BMW and Mercedes brands have been battling each other to be the leading seller of luxury autos in the US BMW has finished second each year, but not by very much. BMW's US sales have grown steadily for the past four years, with the company ending 2013 with sales almost 60 per cent higher than in the recession year of 2009.

Mexico has become a preferred spot for carmakers because of low wages, its proximity to the United States and free trade agreements with 45 countries.

Pena Nieto said BMW's announcement shows Mexico is a country that can be trusted by national and foreign investors.

He said manufacturing exports represented 20 percent of all of Mexico's exports in 1980. Today they account for 83 per cent, a quarter of that from the automotive sector, he said.