BlackBerry was an early pioneer in messaging. Its proprietary service BBM helped draw millions to its phones in the mid-2000s when the company was a smartphone leader. 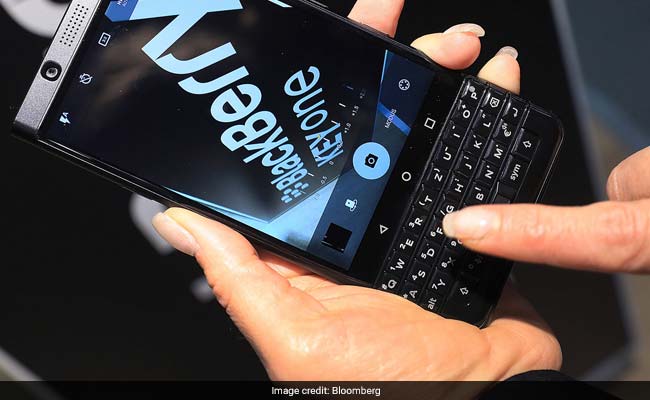 BlackBerry is suing Facebook for patent infringement, claiming the social media giant uses technology invented by the former smartphone maker in Facebook's massively popular messaging applications. Apps like Facebook, Instagram and WhatsApp use some messaging capabilities that were originally designed by BlackBerry, a spokeswoman for the company said in an email. "We have a strong claim that Facebook has infringed on our intellectual property, and after several years of dialogue, we also have an obligation to our shareholders to pursue appropriate legal remedies."

BlackBerry is asking that Facebook be ordered to stop providing its primary app as well as Facebook Messenger, Workplace Chat, WhatsApp Messenger and Instagram applications and websites.
Facebook and its companies "created mobile messaging applications that co-opt BlackBerry's innovations, using a number of the innovative security, user interface, and functionality enhancing features that made BlackBerry's products such a critical and commercial success in the first place," BlackBerry said in a complaint.

"BlackBerry's suit sadly reflects the current state of its messaging business," said Paul Grewal, Facebook's deputy general counsel. "Having abandoned its efforts to innovate, BlackBerry is now looking to tax the innovation of others. We intend to fight."

In the past, Facebook executives have explained that in the technology industry, copying what works is sometimes necessary. Facebook wasn't the first social network, just like Google's Gmail wasn't the first email service. Facebook has publicly credited Snapchat for creating the popular "stories" function that allows people to post disappearing videos about their days, which is now more popular on Facebook's properties than it is on Snapchat.

BlackBerry was an early pioneer in messaging. Its proprietary service BBM helped draw millions to its phones in the mid-2000s when the company was a smartphone leader. But the company waited years before opening BBM up to phones running Apple Inc. or Alphabet Inc. operating systems, and as those companies took over the smartphone market, BBM's popularity faded along with BlackBerry's devices.

Under Chief Executive Officer John Chen, BlackBerry has stopped making its own phones and pivoted to focus on security-focused software. License payments from its old wireless patents still bring in revenue though, and the company has won other court battles in the past, most notably a $814.9 million windfall from Qualcomm.

Promoted
Listen to the latest songs, only on JioSaavn.com
The case is BlackBerry Ltd. V. Facebook Inc., 18-1844, U.S. District Court for the Central District of California (Los Angeles).

(This story has not been edited by NDTV staff and is auto-generated from a syndicated feed.)
Comments
FacebookBlackBerryMessaging System