Bitcoins Legal Or Not? Arun Jaitley Said This In Parliament

Kanimozhi wanted to know in the Rajya Sabha whether the government was considering regulating crypto-currencies such as bitcoin and ethereum. 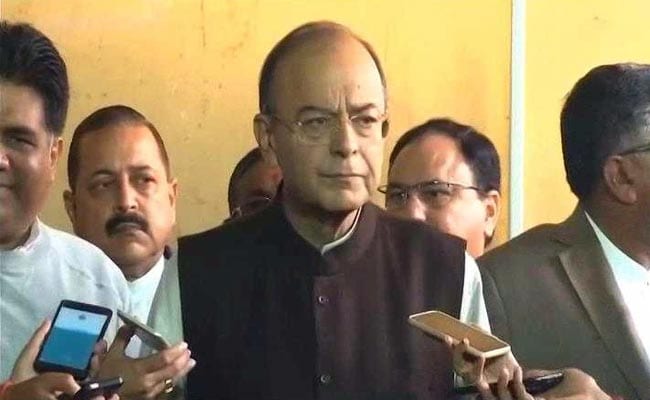 New Delhi: Bitcoins or such crypto-currencies are not legal tender and those indulging in such transactions are doing it at their own risk, Union Finance Minister Arun Jaitley on Tuesday said as several members expressed concerns over trading on these platforms. During the Question Hour in Rajya Sabha, DMK member Kanimozhi wanted to know whether the government was considering regulating crypto-currencies such as bitcoin and ethereum.

5 Things To Know About Parliamentary Discussion Over Bitcoins

1. Arun Jaitley emphasised that the Centre's position was consistent that such currencies were not legal tender.

2. Arun Jaitley told the parliament, "The government is examining the matter. A committee under the chairmanship of secretary, department of economic affairs, is deliberating over all issues related to cryptocurrencies to propose specific actions to be taken."

3. The Finance minister Jaitley also said that while repeated message was being given that such currencies are not legal tender, more detailed steps would be taken once the report of the committee is submitted.

4. Jaitley was responding to a Parliamentary question by DMK member Kanimozhi when she said that she wanted to know whether the government was considering regulating crypto-currencies such as bitcoin and ethereum, as India "accounts for more than 11 per cent" of such trade globally.

5. Besides government and more specifically the finance minister Arun Jaitley, even the banking regulator RBI, has also warned the investors of investing in virtual currencies. "Central bank has not given a licence or authorisation for any company to deal in such cryptocurrencies, the RBI had said in a statement.