Bitcoin has lost a third of its value since hitting a record high of close to $20,000 on Sunday, but its supporters dismiss warnings over volatility 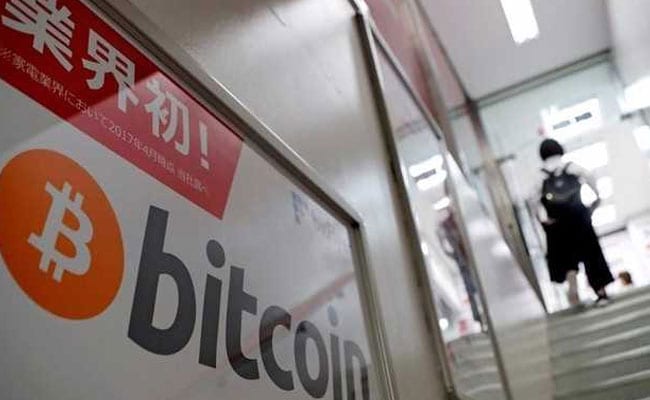 Belarus announced that it has legalised cryptocurrencies including bitcoins

After hitting a low of $12,560 on Friday, bitcoin prices recoup and trade at $14,000 on the Luxembourg-based BitStamp soon after Belarus announced that it has legalised transactions in crypto-currencies. This move is the part of a drive to foster private sector growth and attract foreign investment by liberalising parts of its Soviet-style economy. President Alexander Lukashenko signed a decree on the move on Thursday, his press service said. Bitcoin, the world's most popular crypto-currency, has lost a third of its value since hitting a record high of close to $20,000 on Sunday, but its supporters dismiss warnings over volatility and say it is the start of a new monetary system not dependent on central banks.

"All smart and intelligent people know what stability and order are," state news agency BelTA quoted Lukashenko as saying earlier this month. "They're all trying to reach that shore. We're prepared to arrange a dock and even a harbour."

The former Soviet republic, squeezed between Russia and the European Union, is still dominated by the state, weighed down by bureaucracy and inefficient state-owned enterprises, and dependent on Russian money and subsidies.

But Lukashenko, a former collective farm manager who once called the internet "garbage", has introduced some reforms to improve the business climate and shore up the economy after recession in 2015 and 2016.

Belarus has developed some globally recognised IT brands, belying an image of a country stuck in a Soviet time warp.

The decree is designed to attract digital coin entrepreneurs, who are moving businesses to locations more welcoming to crypto-currencies as they face intensifying scrutiny from regulators over digital currency fund-raising, known as initial coin offerings.

"The decree is a breakthrough for Belarus," Anton Myakishev, the head of Microsoft's Belarus office, told Reuters.

The decree legalises initial coin offerings and transactions in crypto-currencies, including their exchange for traditional currencies on Belarussian exchanges, while all trades will be tax-free for the next five years.

It also allows local IT companies to operate in part under English law - a boon to potential foreign investors, who can struggle to navigate the Belarussian legal system.

"We regularly faced legal problems. When a Western company buys a Belarussian company they try to structure the deal outside Belarus," said Denis Aleinikov, senior partner in a private law firm Aleinikov and Partners in Minsk and the main author of the decree.

Viktor Prokopenya, a prominent investor in the Belarussian IT sector, said Reuters the legislation and other measures showed the government fully supported the industry.

The Belarussian IT sector has flourished despite the country's wider economic slump, attracting foreign workers, expatriate Belarussians and locals to jobs that pay about five times the average wage.

Dozens of software companies operate in Minsk's high-tech IT park, including U.S.-based EPAM Systems, founded by two Belarussians in 1993. Belarussian software engineers are also behind the Japanese-controlled Viber messenger and the popular video game World of Tanks.

The bright outlook for the IT industry is not matched in other sectors of the Belarussian economy, which remains hamstrung by loss-making state-owned companies that have seen little or no reform since the collapse of the Soviet Union.

The economy is expected to return to growth of 1.7 percent this year, but the International Monetary Fund in November said growth will remain around 2 percent annually over the next few years if state-run heavy industries don't modernise.

(Except for the headline, this story has not been edited by NDTV staff and is published from a syndicated feed.)
Promoted
Listen to the latest songs, only on JioSaavn.com
Comments
Bitcoins