Bitcoin's supply is limited to 21 million - a number that is expected to be reached around the year 2140. 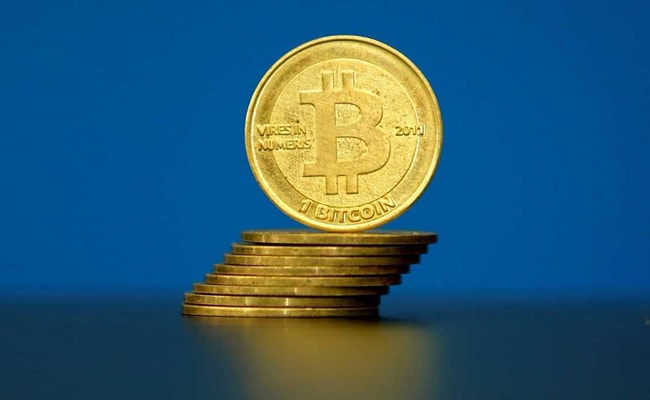 If you want to buy bitcoin, you do not need to buy a whole one. Bitcoin's smallest unit is a Satoshi,

Sydney: The front-month bitcoin futures contract on the Chicago-based CBOE Futures Exchange surged past $17,000 on Monday, the first day of trading. The January contract opened at $15,460 in New York on Sunday evening, before leaping to a high of $17,170 during Asian hours. They were last quoted at $17,120, a more than $1,000 premium to the price on Gemini Exchange.

The futures are cash-settled contracts based on the auction price of bitcoin in U.S. dollars on the Gemini Exchange, which is owned and operated by virtual currency entrepreneurs Cameron and Tyler Winklevoss.

Here are some facts that you might not know about the largest and best-known cryptocurrency.

HOW MANY ARE THERE?

Bitcoin's supply is limited to 21 million - a number that is expected to be reached around the year 2140. So far, around 16.7 million bitcoins have been released into the system, with 12.5 new ones released roughly every 10 minutes via a process called "mining", in which a global network of computers competes to solve complex algorithms in reward for the new bitcoins.

These mining computers require a vast amount of energy to run. As the price increases, more miners enter the market, driving up the energy consumption further. A recent estimate by tech news site Motherboard put the energy cost of a single bitcoin transaction at 215 kilowatt-hours, assuming that there are around 300,000 bitcoin transactions per day. That's almost enough energy as the average American household consumes in a whole week.

If you want to buy bitcoin, you do not need to buy a whole one. Bitcoin's smallest unit is a Satoshi, named after the elusive creator of the cryptocurrency, Satoshi Nakamoto. One Satoshi is one hundred-millionth of a bitcoin, making it worth around $0.0002 at current exchange rates.

Bitcoin has performed better than every central bank-issued currency in every year since 2011 except for 2014, when it performed worse than any traditional currency. So far in 2017, it is up more than 1,400 percent. If you had bought $1,000 of bitcoin at the start of 2013 and had never sold any of it, you would now be sitting on around $120 million. Many people consider bitcoin to be more of a speculative instrument than a currency, because of its volatility, high transaction fees, and the fact that relatively few merchants accept it.

More than 980,000 bitcoins have been stolen from exchanges, either by hackers or insiders. That's a total of more than $15 billion at current exchange rates. Few have been recovered.

Despite many attempts to find the creator of bitcoin, and a number of claims, we still do not know who Satoshi Nakamoto is, or was. Australian computer scientist and entrepreneur Craig Wright convinced some prominent members of the bitcoin community that he was Nakamoto in May 2016, but he then refused to provide the evidence that most of the community said was necessary. It is not clear whether Satoshi Nakamoto, assumed to be a pseudonym, was a name used by a group of developers or by one individual. Nor is it clear that Nakamoto is still alive - the late computer scientist Hal Finney's name is sometimes put forward. Developer Nick Szabo has denied claims that he is Nakamoto, as has tech entrepreneur Elon Musk more recently.

Until earlier this year, it was thought that Chinese exchanges accounted for around 90 percent of trading volume. But it has become clear that some exchanges inflated their volumes through so-called wash trades, repeatedly trading nominal amounts of bitcoin back and forth between accounts. Since the Chinese authorities imposed transaction fees, Chinese trading volumes have fallen sharply, and now represent less than 20 percent, according to data from website Bitcoinity.

The total value of all bitcoins released into the system so far has now reached as high as $283 billion. That makes its total value - sometimes dubbed its "market cap" - greater than that of Visa, and bigger than the market cap of BlackRock and Citigroup combined.

Bitcoin is far from the only cryptocurrency. There are now well over 1,000 rivals, according to trade website Coinmarketcap.

It is already possible to short bitcoin on a number of retail platforms and exchanges, via contracts for difference (CFDs), leveraged-up margin trading or by borrowing bitcoin from exchanges without leverage. But a number of big financial institutions - including CME Group, CBOE and Nasdaq - have recently announced that they will offer bitcoin futures, which will open up the possibility of shorting the cryptocurrency to the mainstream professional investment universe.

Many fewer than the 16.7 bitcoins that have been mined are actually in circulation and accessible, because of forgotten passwords, accidental losses, hoarding, owners forgetting about coins or even dying. It is impossible to know for sure how many bitcoins have been permanently lost, because those that have are still in the system, in dormant addresses. But according to a December 2013 research paper by the University of San Diego and George Mason University, 64 percent of the 12 million bitcoins that had by then been mined had never been spent. Bitcoin developer Sergio Lerner estimates that almost 1 million unspent bitcoins belong to the cryptocurrency's mysterious creator.

The average fee paid to process bitcoin transactions has soared over the past year, outpacing even the staggering price increase of the cryptocurrency itself. Each bitcoin transaction now costs around $7.30 to process, up from around 30 cents at the start of the year, according to trade website BitInfoCharts.

Promoted
Listen to the latest songs, only on JioSaavn.com
FORKING OFF

If you owned bitcoin prior to Aug. 1, 2017, you also own Bitcoin Cash - a clone of the original. That is because on that date bitcoin underwent a so-called "fork", in which the underlying software code was split into two. One unit of Bitcoin Cash is now worth more than $1,300. That adds roughly another 135 percent to the returns from a bitcoin investment at the start of the year.