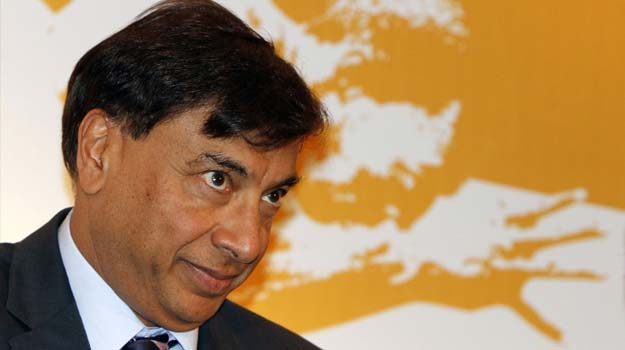 Lakshmi Mittal, chairman and CEO of world's largest steel-maker ArcelorMittal and one of the richest Indians, took a 38 per cent cut in his salary and perks last year amid his firm reporting second consecutive loss in two years.

Interestingly, pay cheques of all board members, other than Mr Mittal, rose in 2013 despite the poor performance of the company. This includes Mr Mittal's daughter Vanisha Mittal Bhatia, who got nearly 7 per cent hike in her compensation at $1,84,000 (Rs 112.24 lakh).

The report, however, did not mention compensation given to Mr Mittal's son and company's CFO Aditya Mittal as he is not a board member.

This had led to company's operating profit (EBITDA) and sales declining by 10 per cent and 5.67 per cent, respectively. The company has also kept the dividend for 2014 unchanged at $0.20 per share.

Lakshmi Mittal, along with his wife Usha Mittal holds 39.39 per cent stake in ArcelorMittal.

In 2013, Mr Mittal's pay cheque was way ahead of the second best paid Lewis B Kaden, the lead independent director, who received 6.87 per cent hike in compensation at $2,80,000.

Narayanan Vaghul, former chairman of ICICI Bank and an independent director of ArcelorMittal, was the third highest paid board member with a compensation of $2,33,000.