These days, Hasso Plattner sees many a cozy corner in the empire he built, but he isn't willing to get comfortable and enjoy the extra legroom. 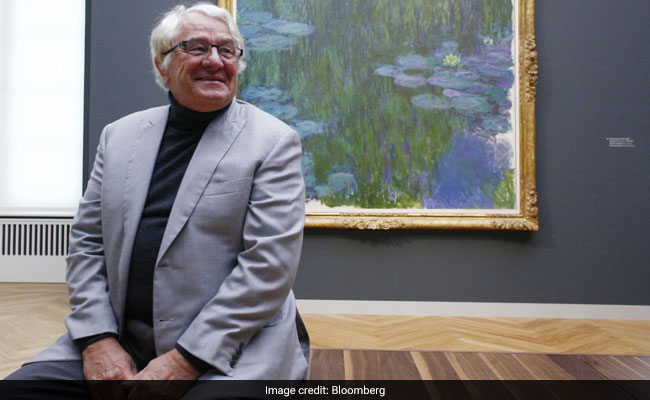 Hasso Plattner didn't even own a computer when he started his software company in 1972. So Mr Plattner and the team he had brought with him from IBM spent nights and weekends writing code on the screens of their first customer when nobody else was around.

"It was not cozy," recalled Mr Plattner, who spent the next four decades turning SAP SE into Europe's most valuable technology company and becoming a multi-billionaire along the way. "It was hard work."

These days, Mr Plattner sees many a cozy corner in the empire he built, but he isn't willing to get comfortable and enjoy the extra legroom. Instead, Mr Plattner, 75, wants to shake up SAP once more and make it the employer of choice for the young and hungry. And with just a few years until he hits self-imposed retirement, Mr Plattner is showing no sign of slow-walking the rejuvenation in his quest to protect a legacy of disruptive software mogul.

Mr Plattner's final act is ruffling feathers inside the company. There's been a recent exodus of several top managers, most of them 20 plus-year company veterans, and SAP has offered voluntary leave and early retirement packages to some 4,400 staff, a watershed moment at a company that has been a stable employer for decades. Mr Plattner had a personal hand in pushing out executive board member Bernd Leukert because he wasn't satisfied with his track record, according to a person familiar with the situation.

From its humble beginnings, SAP has ballooned into the world's largest maker of software that helps corporate clients run their operations, from payroll to expenses to travel requests. While SAP is still based in Walldorf, a small German town nestled among asparagus and sunflower fields an hour's drive south of Frankfurt, everything else about the company has vastly outgrown its startup era. 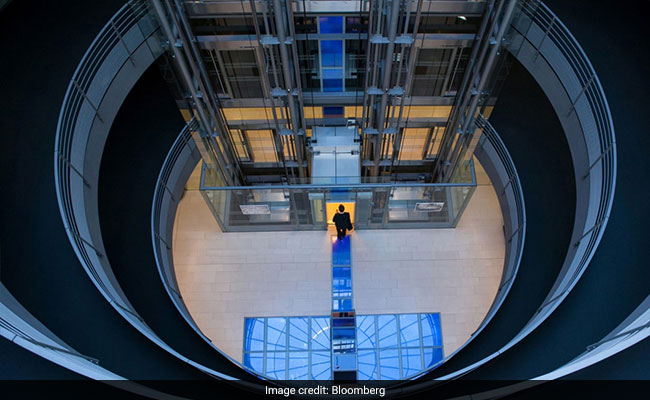 There are now 100,000 employees, and almost all of the world's 100 most valuable brands use SAP, with the majority of sales transactions running on some kind of SAP software. Workers enjoy free lunches (often spooning second helpings into tupperware containers to take home), generous bonuses and regulated work hours. There are tennis courts, access to parent-child offices, a glossy in-house magazine and shopping rebates.

Labor representatives are complaining that SAP is trying to squeeze out expensive, older employees who helped drive SAP's early success.

"Hiring more young people is good and right," said Eberhard Schick, a member of SAP's workers' council, who joined the company in 1997. "But you shouldn't forget about the seasoned employees -- they deserve a career perspective and training opportunities."

The push and pull rippling through SAP serves as a lesson for technology royalty, from Facebook Inc. to Alphabet Inc.'s Google to Amazon.com Inc., all of which have founders with deep influence that shaped the corporate DNA. Yet SAP stands apart, in that it is older and traces its roots to the distinctly non-Silicon Valley environment of corporate Germany, where workers wield considerable power with a seat at the board table and are hard to eject.

Mr Plattner's alma mater, IBM, demonstrates that change is arguably less painful than failure to act. IBM faces several lawsuits accusing it of firing older workers, with one former vice president putting the number of employees let go in the last few years at 100,000, a figure that IBM disputes.

Mr Plattner insists SAP needs to transform if it doesn't want to fall behind. To keep up with Oracle Corp. and smaller startup companies, he has embraced working with partners to make SAP's software more flexible. That was after SAP was criticized during the Internet boom for being too slow to adapt its products to the web.

"There are cultural changes coming," Mr Plattner said at an SAP-organized event in Orlando, Florida in May. "We have to change how we work and we have to use new talent."

The company declined to comment beyond public statement by executives and interviews with key managers.

The hard choices facing SAP are emblematic of the industry's shift toward selling products in the cloud, which allows companies to implement new software faster and cheaper than products that need to be installed at a customer's own data center. It's a move that will require fewer people, and with different skill sets than many of those now at SAP.

Any tectonic corporate shift is made all the more complex when the founder still sets the pace and agenda. In Mr Plattner's case, his influence is all-encompassing. He's SAP's biggest shareholder and is credited with hatching the two programs that got SAP to where it is today: the original R/3 software tool that was the industry standard for decades, as well as Hana, SAP's database that's the company's most successful product (internally called "Hasso's New Architecture").

But underneath the complex code, the huge and costly shift toward the cloud is what's keeping the company busy. Cloud sales -- at least in the beginning of a customer cycle -- can be less profitable than established on-premise contracts, weighing on profitability. SAP's operating profit margin slumped to below 30 per cent in 2017, from 42 per cent in 2011. The company seeks to improve its margin by 1 per cent point a year through 2023.

"Transitions like these cause disruption and take time,'' said Anurag Rana, an analyst at Bloomberg Intelligence. "But SAP has a portfolio of good products that should help the company stay relevant in the long term."

SAP has been late to the cloud game compared to competitors including Salesforce.com Inc. and Workday Inc., which operate without the burden of a traditional on-premise business to support. To catch up, SAP spent $26 billion on six major cloud acquisitions since 2011, including HR specialist SuccessFactors and expense manager Concur.

Besides Mr Plattner, the driving force behind this push has been Chief Executive Officer Bill McDermott, the first American to run the German company.

Mr McDermott was the main advocate for the latest and most controversial deal, the $8 billion purchase of Qualtrics International Inc., the company's largest acquisition to date. The U.S. startup sells software to clients that require a better understanding of their customers, a field where SAP wants to gain a stronger foothold because it's growing faster than its core enterprise-software business.

Analysts criticized the deal as too expensive, questioning how a company that last year generated sales of just $570 million -- less than 5 per cent of SAP's revenue -- can have a lasting impact on the new owner's bottom line. And SAP's cloud push isn't running as smoothly as investors had hoped. SAP shares fell as much as 10 per cent in Frankfurt on July 18 after a second-quarter slowdown in new cloud bookings, a key metric because it indicates future sales.

Mr McDermott and Mr Plattner have both defended the marquee purchase, arguing that together the companies can accelerate growth by combining SAP's vast operational data and sales force with Qualtrics's customer experience feedback that's key to today's Internet-based economy.

"We have always had one common North Star - do whatever's best for SAP," Mr McDermott said in an interview.

Mr McDermott and Mr Plattner make an odd couple. Whereas Mr Plattner is the mercurial programming genius, with his wavy white hair and full frame giving him a professorial allure, Mr McDermott is trim, neatly coiffed, and with a perfect salesman pitch for every product and situation. He's also known for announcing moonshot targets, including one to double SAP's market value to 300 billion euros ($336 billion) by 2023. But in Mr McDermott, Mr Plattner also has a CEO who provides stability after a tumultuous phase in the early 2000s, when the company went through four chief executives in seven years.

While SAP may be Mr Plattner's primary obsession, the software mogul has used his considerable wealth (he is the fifth-richest German with a net worth of about $15 billion) to finance his educational, philanthropic and sporting ventures. Mr Plattner built a museum in Potsdam on the outskirts of Berlin to house his art collection, and financed the Hasso Plattner Institute in the same city, a vast IT campus that churns out software engineers.

Investors have criticized SAP for being too slow to rejuvenate its executive suite, and for relying too heavily on Mr Plattner to drive innovation. (Mr Plattner, because he's limited in what he's allowed to do as chairman, also advises SAP on technology issues).

German complacency has long been one of Mr Plattner's pet peeves. As far back as 2006, Mr Plattner vented his anger by lamenting how Germans lack the drive to be successful and risk being eclipsed by more innovative countries including the U.S., India and China.

"We're happy sitting in front of a television, munching on pretzels," Mr Plattner said at the time. "Some things in this country are beyond fossil."

It's a criticism he repeats to this day, and it's increasingly shaping his view of his own company. Mr Plattner says he reads the bloggers and "why they hate SAP," and his company better learn from that by stepping out of its Walldorf "bubble" and begin improving details such as user interfaces, he said at the Orlando event in May.

"We have to accelerate the speed of innovation, Bill," Mr Plattner told his CEO during the Orlando event in May. "We have to get better."

Some things are already changing. For example, SAP will accelerate updates of its S/4 Hana cloud product to every month starting next year, from quarterly updates currently, the company said.

Yet Mr Plattner's outsize influence is fueling concern among several current and former SAP employees that his departure will tear a hole in SAP's leadership fabric that nobody can fill. As Mr Plattner prepares his exit, the question many are asking is: Who is there to reinvent SAP once Mr Plattner's gone? Mr McDermott insists SAP has a succession plan, and that the company "will be in very good hands."

And whatever Mr Plattner's next move, Mr McDermott insists he's there to guide SAP's strategy. "I'm just getting warmed up in terms of my leadership as CEO," he said.