Alstom won a contract worth 3.5 billion euros from Indian Railways to supply 800 double-section electric locomotives of 12,000 HP capable of hauling almost 6000 tonnes at a speed of 120 kmph 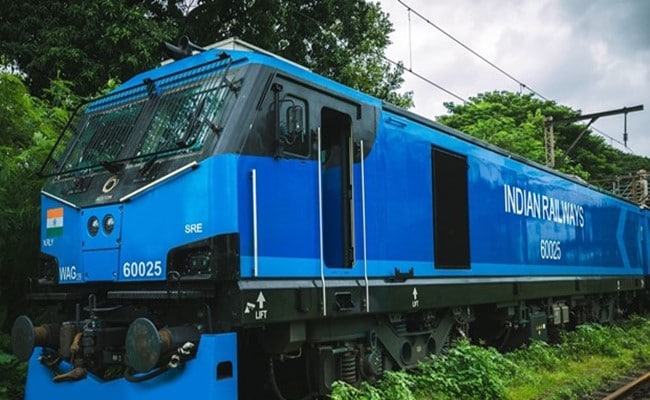 With the largest foreign direct investment (FDI) project in the Indian Railways sector, India has now become the sixth country, joining the league of nations that produce high horsepower locomotives indigenously. In a duration of five years, the country has achieved the feat of producing these powerful e-locomotives after the multinational rolling stock manufacturer Alstom won the order from Indian Railways. This year marks five years since Alstom won a contract worth €3.5 billion from Indian Railways to supply as many as 800 fully electric super-powered double-section locomotives of 12,000 horsepower (HP) capable of hauling almost 6000 tonnes at a speed of 120 kmph.

These e-locomotives are planned to be deployed for operations on major freight routes across the railway network, including the dedicated freight corridors (DFCs). The first WAG 12B e-loco was inducted for commercial services in May 2020. It was certified by the Ministry of Railways and the Commissioner of Railway Safety, Research Design and Standards Organisation (RDSO) earlier this year.

On the contract's basis, a joint venture was formed between the Ministry of Railways with 26 per cent equity and Alstom with 74 per cent equity, to set up one of the country's largest integrated greenfield manufacturing facilities at Madhepura, Bihar. It has a production capacity of 120 locomotives per annum. The contract also involved maintenance of the e-locos for over a period of 13 years. On April 10, 2018, Prime Minister Narendra Modi flagged off the first-ever e-loco of 12,000 horsepower engine, from the Madhepura facility.

The contract also includes the setting up of two ultramodern maintenance depots in Saharanpur, Uttar Pradesh and Nagpur, Maharashtra. The depot in Saharanpur is currently operational and the Nagpur one will be functional soon.

So far, Alstom has manufactured and delivered 50 such e-locomotives to the Indian Railway authorities. These e-locos have covered close to two million kilometres on the railway network till date. Alstom will deliver 75 units in the financial year 2020-21 and 100 units annually starting next fiscal year.

“Globally, Alstom is associated with almost every prominent Railway organization and Indian Railways, is one of the largest Railway entities in the world. The joint venture combines innovation with responsibility and together we are committed to deliver safe, reliable and efficient solutions. India is at the cusp of a logistics revolution and we are excited to be part of this journey”, said Alain Spohr, Managing Director, Alstom India & South Asia.