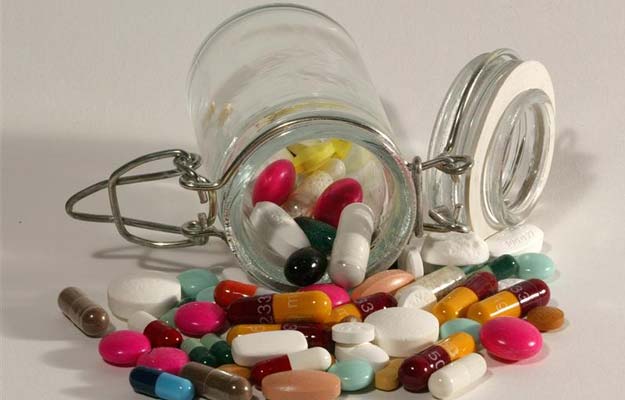 Global drugmakers, battered by recent intellectual property decisions in India, are girding for a landmark court ruling on Monday that could have broad consequences for their ability to sell lucrative patented medicines in the country.

The Supreme Court is due to decide on April 1 whether or not an amended form of Swiss giant Novartis's cancer treatment Glivec deserves a patent in the country.

"Big Pharma is nervous because nothing has gone in their favour in the recent past," said Ajay Kumar Sharma, associate director of the pharmaceutical and biotech practice at business consultancy Frost & Sullivan.

"With this verdict, at least, things will get clearer about what is the definition of patented medicines."

Novartis has been fighting since 2006 to win a patent for an amended form of Glivec, which many oncologists view as a major advance in treating chronic myeloid leukaemia, which kills 80-90 per cent of sufferers, and some gastrointestinal cancers.

India has refused protection for Glivec on the grounds that it is not a new medicine but an amended version of a known compound - a decision consistent with domestic patent law which sets tight restrictions on multiple patents for a drug.

By contrast, in the United States, amended versions can be patented.

Novartis is seeking to overturn a clause in Indian Patents Law that restricts patent protection for newer forms of existing molecules, and next week's ruling could set a precedent for how other similar patent claims are treated.

"India is a formidable world power with international rights and obligations," Ranjit Shahani, vice chairman and managing director of Novartis India, the firm's India unit, said in an email to Reuters.

"Novartis understands and recognizes the contribution of generics once drug patents expire; our concern is with the non-recognition of intellectual property rights that ultimately help sustain and advance pharmaceutical research and development."

PROMISE AND PERIL
While Western firms see huge potential in India's rapidly growing $13 billion (about Rs 70,681 crore) drugs market, 90 per cent of which is made up of generics, they worry that India is failing to recognise valuable medical innovation.

A global agreement, known as Trade-Related Aspects of Intellectual Property Rights or TRIPS, allows countries to issue compulsory licences for certain drugs that are deemed unaffordable to large sections of their populations.

In another potential hit, Mumbai-based BDR Pharmaceutical International this month applied for a compulsory licence on a blood cancer drug, dasatinib, sold as Sprycel by US-based Bristol-Myers Squibb Co.

Last month, an Indian government panel proposed that prices of patented medicines be based on the country's per capita income, a move that would substantially reduce prices of costly drugs made by global pharmaceutical firms.

PATENTS VS AFFORDABILITY
In almost every patent dispute, India has held affordability as a key reason to allow generic drugmakers to launch copycat versions of patented medicines in a country where nearly 40 per cent of the population lives on less than $1.25 a day.

For example, Natco Pharma was told by the patents office in its compulsory licence ruling to offer generic Nexavar at Rs 8,800 for a month's dose - a fraction of Bayer's price of Rs 280,000. Natco must pay a 7 per cent royalty to Bayer.

BDR Pharma, in its application, has offered generic Sprycel at Rs 8,100 for a month's dose compared with Bristol-Myers' price of Rs 165,000.

Generic versions of Glivec, which won its first patent in 1993, cost about $2,500 for a year's dosage in India, compared with nearly $70,000 in the United States where only the branded version is sold.

Discount programmes mean the branded version is available for much less in poor countries. In India, more than 95 per cent of patients using branded Glivec receive it free under a company donation scheme, Novartis has said.

US industry groups this month demanded that the United States increase pressure on India to reform high-tech, agricultural and pharmaceutical policies they said blocked export access and damaged patent rights.

"India has essentially created a protectionist regime that harms US job creators" in favour of India's generic drug manufacturers, Roy Waldron, chief intellectual property counsel for Pfizer, said in testimony to a US House panel.

India's $25 billion drugs industry, a major exporter of generics, is growing at 16 to 17 per cent a year.

Promoted
Listen to the latest songs, only on JioSaavn.com
"You can expect more muscle-flexing from the respective countries of the big pharmaceutical companies in the future," Frost & Sullivan's Sharma said.