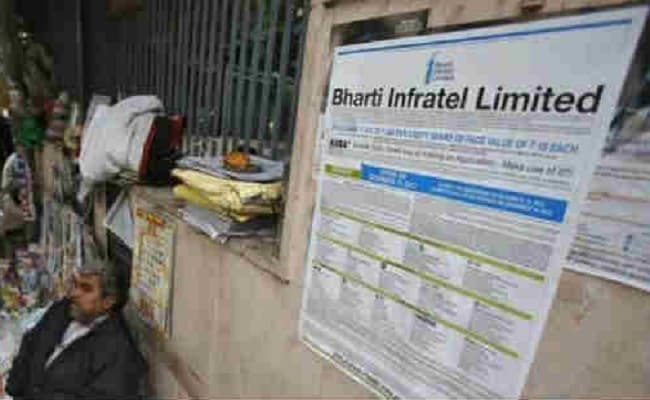 Bharti Infratel on Thursday reported a 7 per cent increase in consolidated net profit for the March quarter at Rs 650 crore. The telecom infrastructure had reported a net profit of Rs 608 crore for the corresponding period a year ago.

The consolidated revenues for came in marginally higher at Rs 3,624 crore for the fourth quarter of financial year 2019-20, according to a company statement.

Bharti Infratel said it "believes that thus far, there is no significant impact of COVID-19 pandemic on the financial position and performance of the company".

For the full financial year ended March 2020, the company said its consolidated profit after tax stood at Rs 3,299 crore, up 32 per cent compared to the corresponding period a year ago.

The statement, however, also mentioned that the results for the quarter and full year ended March 2020 include the impact of Ind AS 116 accounting norms and the same are not comparable with the past period results.

According to the company, its consolidated revenues for the full year ended March 2020 stood at Rs 14,647 crore, almost flat compared to the previous period.

The company extended the deadline for the merger with Indus Towers by two more months to June 24.

Bharti Infratel's board took note of the status of the scheme of arrangement between Indus and Bharti Infratel and further extended the ''Long Stop Date'' till June 24, 2020.

This is "subject to agreement on closing adjustments and other conditions precedent for closing, with each party retaining the right to terminate and withdraw the scheme", it added.

"After a few tumultuous years, the Indian telecom industry took much needed constructive measures in the year gone by in the form of tariff increases. This along with encouraging trends on overall wireless data consumption has led to enhanced focus on improving the quality of networks," said Akhil Gupta, chairman, Bharti Infratel.

As a result, during the year both Bharti Infratel and Indus Towers witnessed an increase in gross additions both on towers and co-locations on a year-on-year basis, he said.

"We believe this is a harbinger of the future especially as witnessed in the current environment of the COVID-19 crisis, where the nation''s dependence on wireless networks has been further elevated."

"We as part of the telecom passive infrastructure industry are fully committed to supporting the Government and our customers, the telecom operators in the journey of India becoming a global benchmark in digital connectivity and inclusion," he added.

On COVID-19 and its impact, the company said, "The passive infrastructure as well as active telecom operations of the company's customers are covered under essential services which are actively engaged in fulfilling the surge in demand arising out of the choice exercised by almost all industries to conduct their operations remotely. Hence, the telecom industry is among the businesses that are least impacted due to COVID-19."

The results were announced after market hours. Bharti Infratel shares closed at Rs 166.15 on BSE on Thursday, down 0.81 per cent compared to the previous close.

On February 24, Bharti Infratel had extended the timelines for its merger with Indus Towers by two months to April 24.

The delay in completion of the deal came as a blow to Vodafone Idea which has to cough up a total of Rs 58,000 crore in statutory dues to the government and had been eyeing about Rs 5,500 crore from stake sale in Indus Towers.