Bharti Airtel Revenue Up 15% In June Quarter On Subscriber Additions 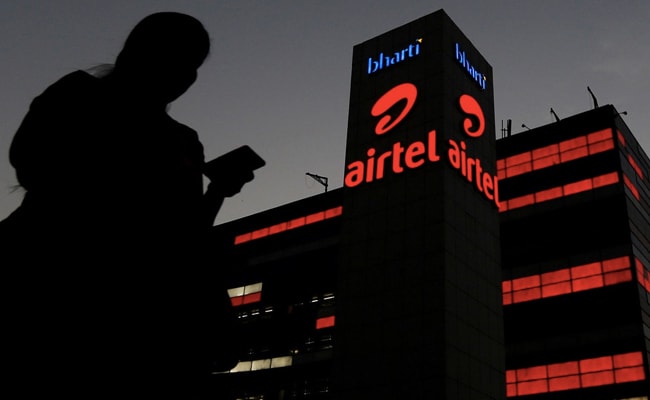 Telecom giant Bharti Airtel announced its April-June quarter results for the financial year 2021-22, reporting a net profit of Rs 284 crore on a consolidated basis, compared to a net loss of Rs 15,933 crore in the corresponding quarter last year. On a sequential basis, Airtel's net profit declined 63 per cent in the June quarter, compared to Rs 759 crore in the preceding January-March quarter of fiscal 2020-21.

The company's revenue from operations stood at Rs 26,853. 6 crore in the first quarter of the current fiscal, compared to Rs 23,290.3 crore in the same quarter last year, marking a growth of 15.29 per cent year-on-year.

Bharti Airtel's revenue in the mobile services segment registered a growth of 21.9 per cent year-on-year, on account of improving realizations and a sustained increase in 4G customer base amid COVID-19.

The company said that its 4G customers were up by 46.1 million from a year earlier, reaching 184.4 million users. Airtel's monthly mobile data consumption per customer stood at 18.5 GBs, up by 13.7 per cent year-on-year.

The telecom sector has benefitted from increased data usage during the COVID-19 pandemic due to work-from-home trends. Bharti Airtel's quarterly mobile average revenue per user (ARPU) - a key metric for telecoms companies, was Rs 146, compared to Rs 138 in the year-ago period. In the preceding January-March quarter of fiscal 2020-21, the company's ARPU was Rs 145.

''While our wireless revenue was impacted by the Covid lockdown induced slowdown in terms of device shipments and a financial squeeze at the lower end of the market, our overall performance reflected the resilience and strength of our portfolio.

We added ~ 5.1 Mn 4G customers during the quarter and our enterprise business in India continued to deliver strongly. Our homes business grew by just about 13 percent over last year and added 285K customers in the quarter, the highest ever,'' said Gopal Vittal, MD and CEO, India & South Asia.