All India Strike: The CITU also said that during the talks on January 2, Labour Minister assured that the government has been taking all steps for the welfare of workers, including legislations on labour codes. 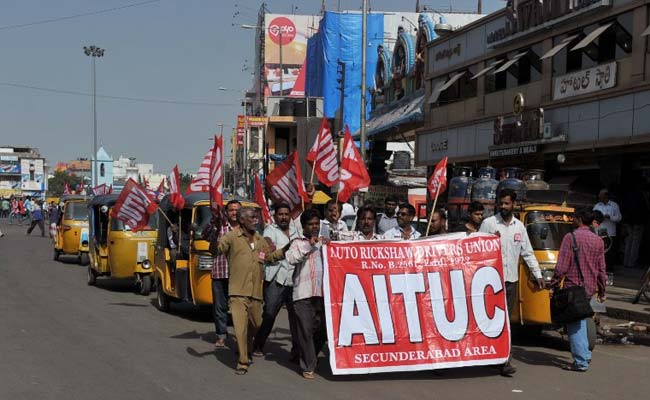 Bharat Bandh On January 8: Members of the IBA include 18 public sector banks including SBI

Bharat Bandh 2020: India's largest bank by assets, State Bank of India (SBI), has said that the strike called on January 8 will have a "minimal impact" on its operations. In a statement dated January 3, SBI said the membership of its bank employees in the unions participating in the January 8 strike is "very few, so the impact of strike on Banks operation will be minimal". The Indian Bank's Association (lBA) has advised that bank employee unions AIBEA, AIBOA, BEFI, INBEF, INBOC and BKSM have given a notice to go on a nationwide strike on January 8, 2020, State Bank of India added. Members of the IBA include 18 public sector banks including SBI, private banks and foreign banks having offices in India. (Also read: All you need to know about post office ATM card rules)

Here's all you need to know about the Bharat Bandh nationwide strike:

Bharat Bandh is a national general strike proposed by trade unions. The Centre of Indian Trade Unions (CITU) is among 10 trade unions that have called a day's strike on January 8.

In a joint statement published by the CITU on its website, the trade union said that the strike is against "anti-labour policies of the government, along with other issues".

Nine other trade unions, INTUC, AITUC, HMS, AIUTUC, TUCC, SEWA, AICCTU, LPF and UTUC, are also part of the strike, according to CITU.

The Ministry of Labour failed to provide an assurance on any demands of workers which called a meeting on January 2, 2020, according to the CITU. Among the various concerns highlighted by the trade union is the "forcible merger of banks despite opposition from employees and officers unions".

The CITU also said that during the talks on January 2, the Labour Minister assured that the government has been taking all steps for the welfare of workers including legislations on labour codes.

"None of the issues which have been continuously raised by the Central Trade Unions, including the basic issues of unemployment, minimum wages and social security were addressed by the Minister," the union said in its statement dated January 3.

The central trade unions have decided to go in for a countrywide general strike on January 8, 2020 and the strike stands, it said. "The strike is going to take place in a massive way throughout the country with the active support of various sections, including the peasantry," according to the CITU.