Rising bond yields will force banks to report mark-to-market losses of up to Rs 13,000 crore on their investment portfolios in the April-June quarter, a report said on Tuesday. 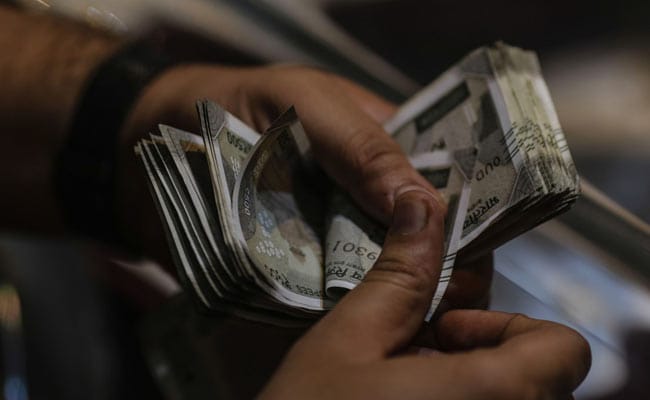 Banks have a higher holding of government securities in their investment portfolios.

Rising bond yields will force banks to report mark-to-market losses of up to Rs 13,000 crore on their investment portfolios in the April-June quarter, a report said on Tuesday.

Profits will moderate for the quarter, but improved loan growth and operating profits will ensure that the banks' bottom lines remain "steady" for FY23, the report by domestic rating agency Icra said.

The agency estimated the system will report an incremental credit growth of 10.1-11 per cent or Rs 12-13 lakh crore in FY23.

The banks have a higher holding of government securities, especially the ones with longer tenors, in their investment portfolios due to which the rising bond yields pose headwinds from a profitability perspective.

"Despite these expected MTM losses, we expect the net profits of the banks to remain steady, given the expected growth of 11-12 per cent in their core operating profits in FY23, which will more than offset the MTM losses," Icra vice president Anil Gupta said.

Gupta, however, added that if the yields harden substantially going forward, there could be a sequential moderation in the net profits in FY23.

With rising bond yields and reducing investor appetite for corporate bonds, corporate bond issuances stood at the lowest level in four years in Q1 FY23, prompting large borrowers to shift from debt capital market to banks for their funding requirements, it said.

The agency admitted that rising interest rates may moderate credit demand going forward, but expects the system to close FY23 with a credit growth of up to 11 per cent as against 9.7 per cent in FY22.

Rate transmission is expected to be faster in this cycle for banks as 43 per cent of the floating rate loans of banks are linked to external benchmarks, it said, adding that 77 per cent of loans are floating for banks.

This, coupled with the lag in the upward repricing of deposits and improved credit growth, will aid the improvement in the operating profits of banks, it said.

Slippages could continue to moderate and remain at 2.5-2.7 per cent of standard advances in FY23 on reducing bounce rates and overdue loans across most banks, the agency said, adding the gross Non-Performing Asset (NPA) ratio will improve further to 5.2-5.3 per cent by the end of March 2023.

"Notwithstanding the improving headline asset quality numbers, the stressed assets (net NPAs and standard restructured loans) stood at 3.8 per cent of standard advances as on March 31, 2022, higher than the pre-Covid level of 3.1 per cent," Gupta said.

The agency said incremental capital requirements remain limited for most of the public banks and large private banks.

It maintained its outlook for banks at 'stable' for FY23 on steady earnings, asset quality improvements and capitalisation.