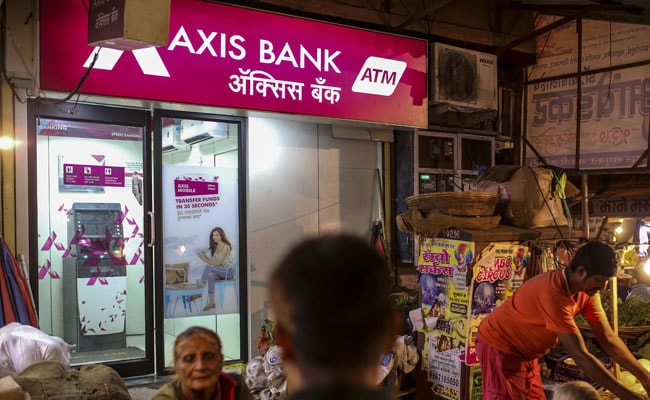 Axis Bank's net profit rose 4.53 per cent to Rs 1,757 crore in December quarter from Rs 1,680.85 crore in the same quarter last year, the bank said in an exchange filing after market hours on Wednesday. The bank's profit primarily rose on account of lower provisioning for bad loans. Axis Bank provided Rs 3,471 crore for bad loans compared with provisioning of Rs 3,518.39 crore in the previous quarter.

The bank's core income - net interest income - or the difference between interest earned on loans and interest expended on deposits rose 15.16 per cent to Rs 6,453 crore versus Rs 5,604 crore in the same quarter a year ago.

The bank's asset quality remained stable in the quarter ended December 2019 as the gross non-performing assets (NPA) as a percentage of total advances eased to 5 per cent compared with 5.03 per cent in the previous quarter. The gross NPAs stood at Rs 30,073.02 crore in the December quarter as against Rs 12,233.29 crore in the September quarter.

Net non-performing assets as a percentage of total advances, however, spiked to 2.09 per cent as against 1.99 per cent in the previous quarter.

Slippages from the loan book were Rs 5,124 crore. In addition, the slippages from investment book were at Rs 1,090 crore, largely from one housing finance company account, Axis Bank said in a press release. Gross corporate slippages for the quarter (including investment portfolio) stood at Rs 3,891 crore, of which 81 per cent came from clients previously rated BB and below, the bank said.

The share of unsecured loans, comprising of personal loans and credit cards, has been stable at 17 per cent of retail book, the bank added.

The bank added 131 branches across the country during the October-December period. As on December 31, 2019, the bank had a network of 4,415 branches and extension counters, the bank said.