Housing prices in the Delhi-NCR property market saw the highest annual increase of 10 per cent to Rs 7,434 per square foot. 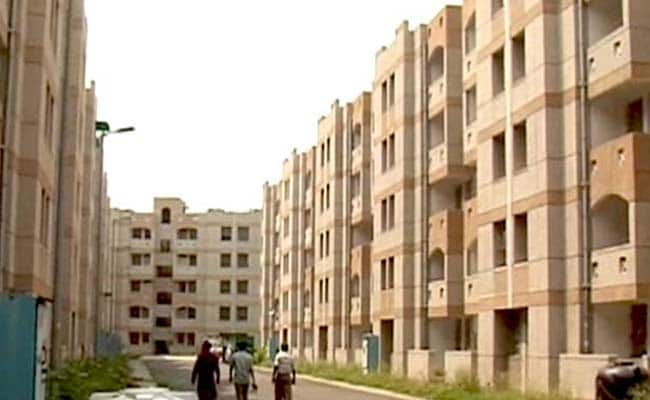 Delhi-NCR saw the maximum rise in housing prices at 10 per cent.

Revival in housing demand and rise in construction cost have led to a 5 per cent average annual increase in residential property prices across eight major cities during the April-June quarter, according to a report.

Delhi-NCR saw the maximum rise in housing prices at 10 per cent.

"During Q2 (April-June) 2022, housing prices in India have surpassed pre-pandemic levels, indicating robust demand and supply that is well-aligned with the demand," the report said.

As per the data, housing prices in Ahmedabad rose 9 per cent year-on-year (y-o-y) to Rs 5,927 per square foot during the April-June quarter of this calendar year.

Housing rates in Hyderabad stood at Rs 9,218 per square feet in April-June, up 8 per cent from the year-ago period.

Prices of residential properties in Kolkata too increased 8 per cent to Rs 6,362 per square foot.

MMR, the costliest real estate market, saw only a 1 per cent rise in housing prices at Rs 19,677 per square foot.

Housing prices in the Delhi-NCR property market saw the highest annual increase of 10 per cent to Rs 7,434 per square foot.

Pune reported a 5 per cent rise in housing prices to Rs 7,681 per square foot during the June quarter.

The prices are based on carpet area.

Credai National President Harsh Vardhan Patodia attributed the rise in housing prices to a hike in rates of key building materials as well as labour wages, besides some strong fundamentals.

He said there could be a marginal impact on demand due to a hike in interest rates on home loans but sales would continue to grow from September onwards.

In Delhi-NCR, the report said that Golf course road in Gurugram saw the highest year-on-year price rise of 21 per cent followed by Noida Expressway.

"Housing prices in Ahmedabad highest in 3 years," the report said, adding that Gandhinagar Suburb saw the highest y-o-y increase at 13 per cent.

Prices in Central Chennai witnessed the steepest decline of about 13 per cent y-o-y whereas West Poonamallee saw the highest rise of 13 per cent.

Kolkata southwest and Howrah saw the highest surge in prices with a 13 per cent rise.

In the MMR market, Western suburbs (beyond Dahisar) saw the highest increase in prices at 12 per cent year-on-year.

Kothrud and Baner in the Pune market logged the maximum surge in housing prices at around 9-10 per cent range, the report said.

"Housing prices did not rise much in the last one decade. Builders have been operating at a very thin margin. With the rise in prices of key building materials, real estate developers have no option but to pass on the burden to customers. However, large and credible players are witnessing better demand than others, so they are commanding a premium in the market," Pankaj Pal, Group Executive Director, AIPL, said.

Established in 1999, the Confederation of Real Estate Developers' Associations of India (Credai) is the apex body of private real estate developers in India.