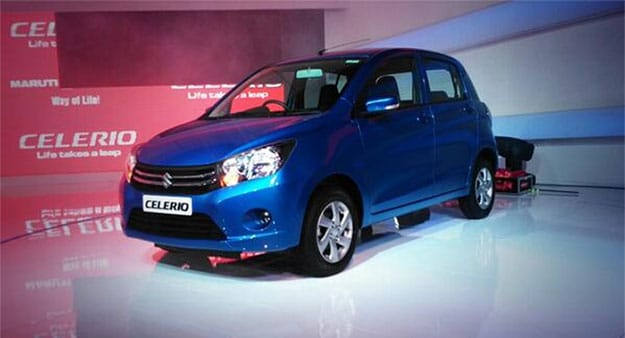 The new Maruti Celerio will be replacing the A-Star and Zen Estilo hatchbacks in India. Launched in three trim levels - LXi, VXi and ZXi, the Celerio becomes the first car in its segment to feature an automated manual transmission.

The new EZ Drive technology makes the Celerio an easy car to drive for beginners. The hatchback sports the same 1.0-litre, three-cylinder K-Series petrol engine, which also did duty to existing A-Star.

This power-unit produces a peak power of 67bhp with 90Nm of torque. Maruti Suzuki has also provided the option of a five speed manual transmission. The hatchback is claimed to deliver a class-leading fuel-efficiency of 23.1kmpl.

The overall exterior resembles to the A-Wind Concept, which was first previewed at Thailand Motor Show. With extended dimensions, the new Celerio looks bigger than its predecessors. The interior looks identical to the A-Star, but is certainly more up-market than before.