Australia will sign a trade agreement with India on Saturday that will eliminate tariffs on 85 per cent of Australian goods entering India. 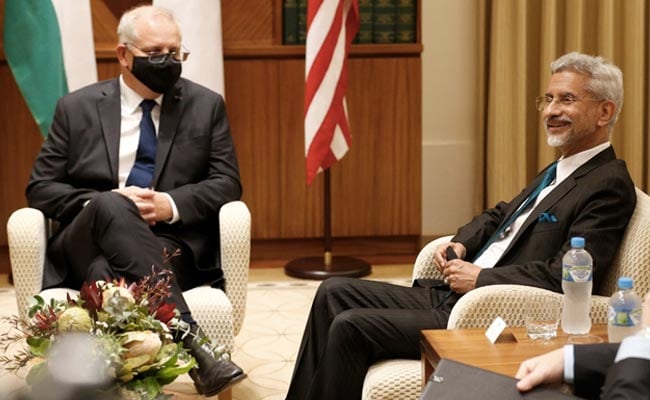 Australia and India to sign trade deal on Saturday - Australia

Australia will sign a trade agreement with India on Saturday that will eliminate tariffs on 85 per cent of Australian goods entering India, helping farmers and miners to diversify export markets, Prime Minister Scott Morrison said.

The Australia-India Economic Cooperation and Trade Agreement will be signed on Saturday in a virtual ceremony by Trade Minister Dan Tehan and India's Minister of Commerce & Industry, Piyush Goyal, Australia said in a statement in Friday night.

Morrison and India's Prime Minister Narendra Modi will witness the signing of the interim agreement, and both countries would continue to work towards a full free trade deal.

Morrison is expected to call a national election within days, and wanted to secure the trade deal with India, a decade after negotiations between the two countries began, before the election campaign.

His government has pushed to diversify export markets to reduce Australia's reliance on its largest trading partner China, after diplomatic disputes resulted in Beijing sanctioning Australian products including wine, lobster and coal.

The deal with India unlocks a market of almost 1.4 billion consumers and would strengthen Australia's economy, he said.

"This agreement opens a big door into the world's fastest growing major economy for Australian farmers, manufacturers, producers and so many more," Morrison said in a statement.

Tariffs will be eliminated on more than 85 per cent of Australian goods exports to India, worth A$12.6 billion, rising to almost 91 per cent over 10 years.

Under the agreement, 96 per cent of Indian goods imports will enter Australia duty-free.

Tariffs of 30 per cent on Australian agricultural produce including avocados, beans, nuts, and berries will be eliminated over seven years.

The two countries will recognise each other's professional qualifications and licenses, and Australia will extend visas for STEM students from India who graduate in Australia with first class honours.

In 2020, India was Australia's seventh largest trading partner, with two-way trade valued at A$24.3 billion.

"This agreement has been built on our strong security partnership and our joint efforts in the Quad, which has created the opportunity for our economic relationship to advance to a new level," Morrison said, referring to the security grouping of India, Australia, United States and Japan.

Australia exported A$19.3 billion worth of goods to India in 2021, representing 4.2 per cent of Australia's total exports.