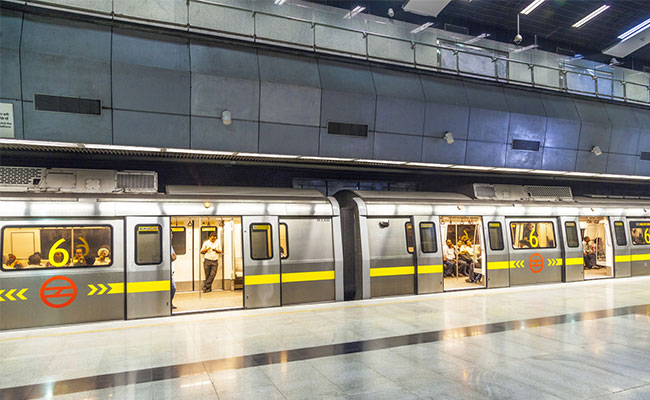 Under the ‘Atmanirbhar Bharat' initiative of the central government, the Delhi Metro Rail Corporation (DMRC), and Central Electronics Limited (CEL) recently signed a Memorandum of Understanding (MoU) for developing various indigenous rail engineering and system technologies. As part of the agreement, both the organizations will take up indigenous development of railway infrastructure systems under the ‘Make in India' initiative. Delhi Metro Rail Corporation, which operates the metro network in the national capital region (NCR), makes use of energy-efficient infrastructural systems and contributes towards the reduction in carbon emission. As part of the pact signed between the firms, the following major activities will be taken up for indigenous development:

A senior Delhi Metro official stated that the development and application of indigenous technologies will boost value-addition in Delhi Metro operations, to efficiently meet reliability and punctuality of rail systems. Delhi Metro's fourth phase, which will add more corridors and stations to connect far-fetched areas of the national capital region, is under the construction and development stage.

Meanwhile, earlier this month, the National Capital Region Transport Corporation (NCRTC), signed a memorandum of understanding with Bharat Electronics Limited (BEL) for the development of indigenous platform doors to be installed in the Delhi-Meerut rapid rail train sets. The organisation is responsible for the implementation and development of the regional rapid transit system (RRTS). The 82-km long Delhi-Meerut regional rapid rail, will eventually reduce the distance between Delhi and Meerut to just 55 minutes. The trainsets will also have ‘Make In India' rolling stock.