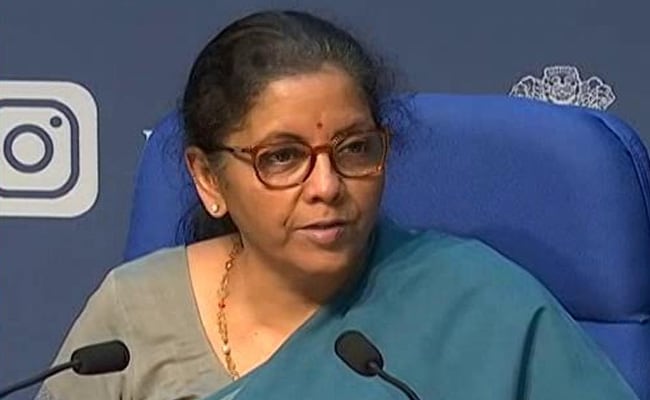 Finance Minister Nirmala Sitharaman on Sunday gave a detailed breakup of the "Atma Nirbhar Bharat Abhiyan" economic package, announced by Prime Minister Narendra Modi on Tuesday. Ms Sitharaman explained the details of the stimulus after announcing the fifth and final tranche of measures. The stimulus measures brought in by the government and the Reserve Bank of India (RBI) together add up to Rs 20.97 lakh crore, Finance Minister Nirmala Sitharaman said. The measures come as the country braces for the fourth phase of the weeks-long lockdown to curb the spread of the coronavirus (COVID-19) crisis, which has pushed an already-ailing economy into a standstill, hampered businesses and landed thousands jobless.

Here is the breakup of the "Atma Nirbhar Bharat" announcements made in five tranches, and the monetary and fiscal measures announced earlier:

To sum up all the measures announced so far, here is the Stimulus provided by announcements in the 1st tranche (1/5)#AatmaNirbharApnaBharatpic.twitter.com/2fJVyZpZ5d

Stimulus provided by announcements in Part-2, which totalled to Rs 3.1 lakh crores(2/5)#AatmaNirbharApnaBharatpic.twitter.com/jKs2pVpAjE

Here is the summary of all the announcements so far, totalling over Rs 20 lakh crores (5/5)#AatmaNirbharApnaBharatpic.twitter.com/i2HVhYabj2

Not Wise To Overreact To Shocks, RBI Not "Behind The Curve": MPC Member