Asset Sales To Fall Short Of Government's Target By Nearly Half: Report

Government has achieved around 17% of disinvestment target so far this year, while tax collections are 46% of budgeted aim in 8 months to November. 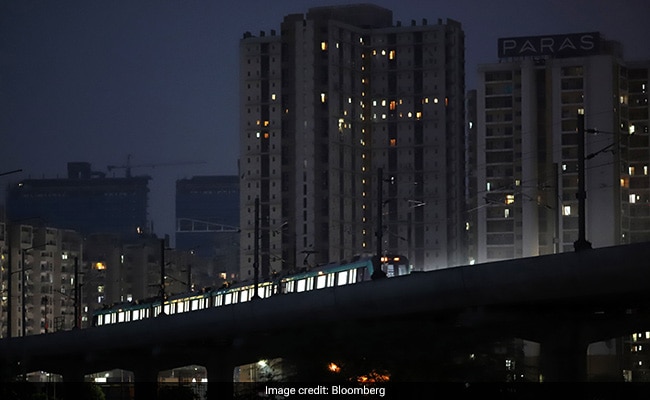 Receipts from disinvestment in the year to March are expected between Rs 50,000-60,000 crore.

Government's plan to sell $14.7 billion of government-owned assets to plug its budget deficit is seen falling short by nearly half, according to people familiar with the matter.

Receipts from disinvestment in the year to March are expected to be between Rs 50,000 crore ($7 billion) and Rs 60,000 crore against the target of Rs 1.05 lakh crore, the people said, asking not to be identified as the numbers are in the process of being finalized. Complex sale process for some of the assets means the government will run out of time this year, they said.

A spokesman for the Finance Ministry wasn't immediately available for a comment. The shortfall will add to the financial problems of the treasury, which is already grappling with lower-than-expected tax collections. The revenue crunch amid an economic slowdown is putting pressure on the budget, with a senior official seeing the fiscal deficit widening to 3.8 per cent of gross domestic product in the current fiscal year against the 3.3 per cent target.

The government will try to push through sale of minority stakes, including through exchange-traded funds, to raise revenue, the people said.

Government has achieved only about 17 per cent of the disinvestment target so far this year, while tax collections are 46 per cent of the budgeted aim in the eight months to November. The income shortfall in the current fiscal year would be Rs 4 lakh crore, ET Now television reported, citing government sources it didn't identify.

In the absence of a steady revenue stream, authorities have withheld some payments to states and have capped ministries' expenditure. 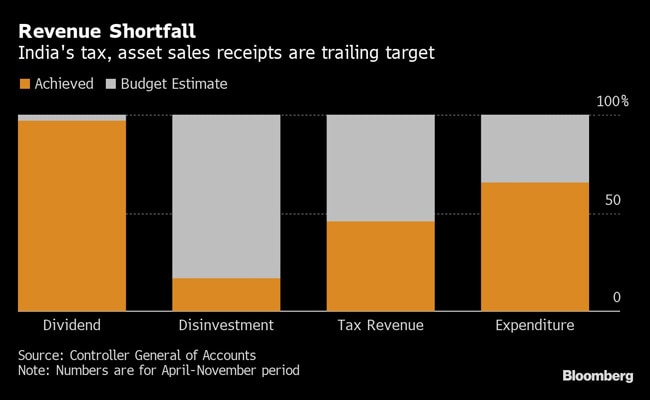 Finance Minister Nirmala Sitharaman has refused to comment on the deficit goal before the official budget presentation scheduled for February 1, when she will also present the revised revenue and expenditure statement.