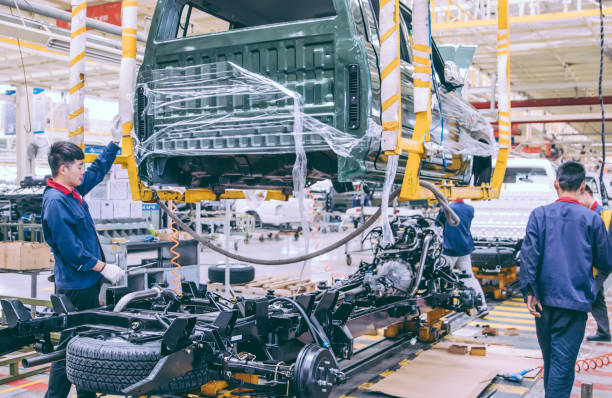 Manufacturing activity was weak in countries ranging from Japan, China, South Korea to Taiwan in a sign sluggish demand was adding to headaches for companies already suffering from lingering supply constraints.

The US Federal Reserve's resolve to continue aggressive interest rate hikes is also dampening the business mood by stoking fears of recession in one of Asia's biggest export markets, analysts say.

"Fears of US recession also aren't helping. U.S. and Chinese economies are engines of global growth so when both of them are wobbling, that spells trouble for businesses."

The unexpectedly weak reading echoed China's official PMI released on Wednesday, which was also below the 50-point mark that separates growth from contraction on a monthly basis.

Export powerhouses were equally weak. Japan's factory activity grew at its slowest rate in nearly a year in August, while that of South Korea shrank by the sharpest pace in two years, PMIs for both countries showed.

Manufacturing activity also deteriorated sharply in Taiwan, with production and new orders both falling at the quickest pace since the initial wave of the pandemic in May 2020.

The final au Jibun Bank Japan Manufacturing Purchasing Managers' Index (PMI) fell to 51.5 in August from 52.1 in the prior month, marking the weakest growth rate since September 2021.

South Korea's PMI fell to 47.6 in August from 49.8 in July, remaining below the 50-threshold for a second month and hitting the lowest since July 2020.

Weakening demand, however, is having the side-effect of easing price pressures. South Korean manufacturers saw input prices rise in August by the slowest rate in 19 months.

The average input costs faced by Taiwanese goods producers fell for the first time since May 2020, as prices of some raw material like steel and oil have started to fall.

Southeast Asia remained a bright spot in the region with manufacturing activity growth in Indonesia, the Philippines and Thailand accelerating, while Malaysia's growth slowed slightly, the PMIs showed.