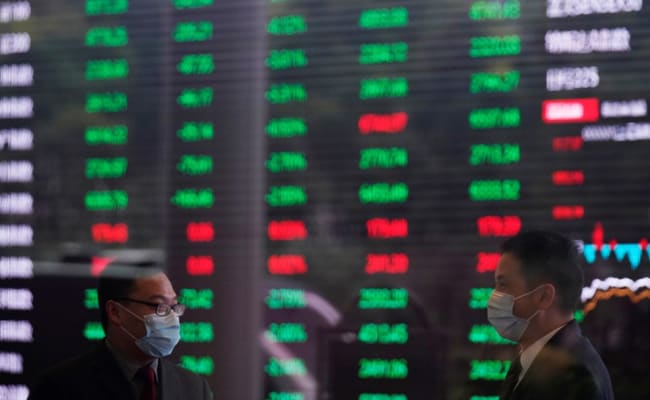 Asian shares wobbled on Wednesday and bonds held gains, as an emergency rate cut from the Federal Reserve - the US central bank - did little to soothe investor fears over the coronavirus's widening fallout. The surprise 50 basis point cut came with commentary highlighting the limits of monetary policy, and Wall Street indexes fell sharply, gold surged and the dollar sank. The yield on benchmark 10-year US Treasuries - which falls when prices rise - hit a once unimaginable low of 0.9060 per cent. In Asia, MSCI's broadest index of Asia-Pacific shares outside Japan edged 0.2 per cent higher, after easing hopes drove gains on Tuesday.

Australia's S&P/ASX 200 index fell 1.2 per cent and Japan's Nikkei was either side of flat in choppy trade.

E-mini futures for the S&P 500 were volatile and last traded 0.8 per cent firmer.

The US 10-year Treasury yield drifted below Wednesday's close to 0.9716 per cent and the dollar pared losses after touching a five-month low against the safe-haven Japanese yen .

"We do recognise that a rate cut will not reduce the rate of infection, it won't fix a broken supply chain; we get that," Federal Reserve Chairman Jerome Powell told reporters at a press conference -- sending stocks from 2 per cent gains back into the red.

The Dow Jones industrial average, Nasdaq Composite and S&P 500 each closed down close to 3 per cent.

"Powell's comments have delivered a reality check for markets, but also highlight the need for fiscal side to do more," said National Australia Bank FX strategist Rodrigo Catril.

"As the Fed Chair noted, the Fed does not have all the answers."

More than 3,000 people have been killed by the coronavirus, about 3.4 per cent of those infected - far above seasonal flu's fatality rate of under 1 per cent.

It continues to spread quickly beyond the outbreak's epicentre in China, with Italy overnight reporting a jump in deaths to 79.

Estimates of the economic cost are rising, too, since the pathogen and the lockdowns applied to try and stop it spreading have paralysed supply chains and all but frozen global travel.

S&P Global Ratings cut its US growth forecast for a second time on Tuesday and the Organisation for Economic Cooperation and Development has warned the world is headed for its worst downturn since the financial crisis more than a decade ago.

"The question here is whether a conventional interest rate response is sufficient, or whether it requires also a fiscal response," said Sameer Goel, chief strategist, Asia macro, at Deutsche Bank in Singapore.

"It's not an economic shock, it's a shock driven by a non-economic factor. It's still not clear how big the problem ultimately is, or could be, and until you know that, it's hard to know how much medicine to apply to it."

In Asian morning trade, the yen hit its highest against the greenback since October, at 106.84 per dollar, before paring gains to trade flat. The Australian dollar advanced to $0.6603.