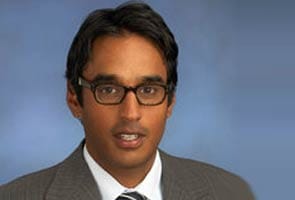 Indian-origin Ashok Varadhan has been appointed co-head of the Goldman Sachs' securities division, the largest and most profitable of the global investment bank's four units.

"As a long-tenured leader in the Securities Division, Ashok has demonstrated dedication to our clients and a deep understanding of our business," Mr Blankfein said.

As co-head of the securities division, which generates the most revenue and profit for Goldman, Mr Varadhan would build on Goldman's client franchise across its fixed income, currency and commodities and equities businesses.

He is the son of eminent Indian-American academician Srinivasa Varadhan, a Chennai native who is Professor of Mathematics at the Courant Institute of Mathematical Sciences at New York University.

The senior Mr Varadhan was awarded the Abel Prize, considered equivalent to the Nobel prize and awarded for outstanding scientific work in the field of mathematics.

The securities unit is the largest of Goldman's four divisions and people who have co-headed the unit previously have gone on to assume top-ranking positions at the bank.

It includes the bank's fixed-income, currency and commodities operations as well as its equities unit. Mr Varadhan serves as vice chairman of the US Treasury Borrowing Advisory Committee. He also serves on the Board of Directors of DUMAC, which manages Duke University's endowment.