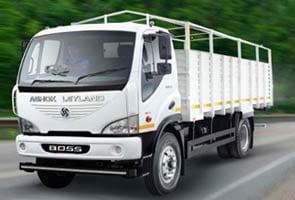 Mumbai: Ashok Leyland Ltd, India's second largest commercial vehicle maker, plans to list its financing arm in the second half of next year and could raise up to Rs 650 crore ($99 million), a source familiar with the matter said.

Ashok Leyland, part of the Hinduja Group, is seeking a valuation of Rs 4,000 crore for Hinduja Leyland Finance Ltd and has appointed five bankers to manage the issue, the source told Reuters.

The source declined to be named as the plan is not yet public.

Private equity firm Everstone Group, which has a 15 per cent stake in the company, would make a partial exit through the IPO, the Mint newspaper reported on Monday.

A spokeswoman for Everstone did not immediately reply to a Reuters' email seeking a response.