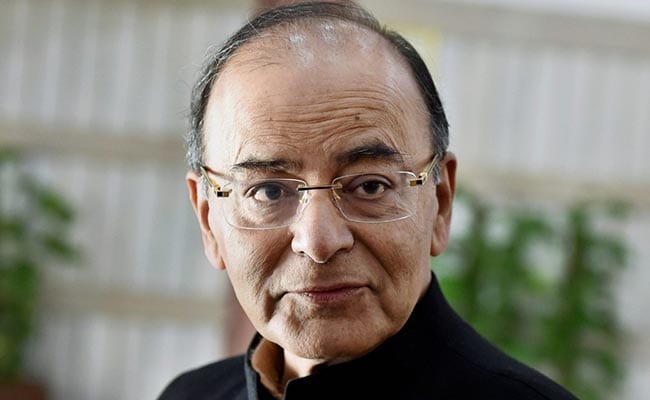 Vadodara: Finance Minister Arun Jaitley on Sunday said the purpose of demonetisation is served as it had led to "larger and cleaner GDP".

"Demonetisation was a bold and decisive strike in a series of measures to arrive at a bigger, cleaner and real GDP," Mr Jaitley told news agency Press Trust of India at Karnali village, around 72 km from here.

The finance minister has adopted Karnali and Chandod villages in Vadodara district.

"Demonetisation has positive impact and India is moving to less cash economy," he said, adding that the country is moving towards "digitalisation".

"There is greater integration of informal economy taking place with formal economy that leads to larger and cleaner GDP, that was our objective behind the decision on demonetisation," said the finance minister.

On the Universal Basic Income (UBI) scheme, mooted in government's economic survey this year, Mr Jaitley said "UBI is an idea worth considering and should be discussed by all the political parties".

"The combined effect of the Goods and Services Tax and demonetisation would take India to a new path of reforms, enabling large part of informal economy into the formal economy," he added.

Promoted
Listen to the latest songs, only on JioSaavn.com
According to Mr Jaitley, the integration of the informal economy into a formal one would lead to higher tax revenue and thereby lower tax rates.

On rate cut, he said, "It is prerogative of the RBI to take decision on it. The banks have already reduced interest rates in recent past. Due to demonetisation, the banks are flooded with fix deposits as it has registered significant growth in the fixed deposits."