"Banks must strive to be seen always as institutions of clean & prudent lending," the Finance Ministry said. 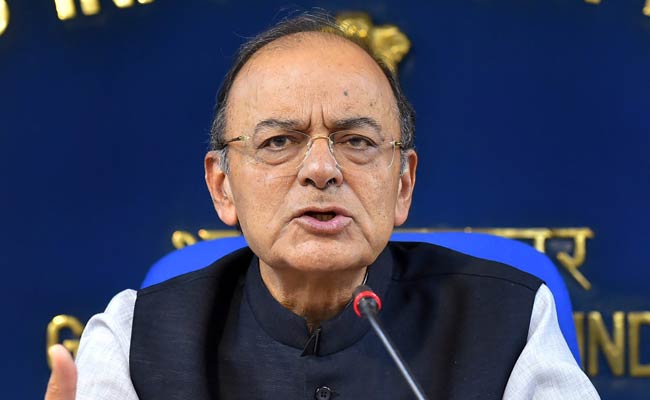 NEW DELHI: Finance Minister Arun Jaitley Tuesday asked public sector banks to take "effective action" in cases of fraud and wilful loan defaults. Reviewing the performance of state-owned lenders, he exuded confidence that formalisation of the economy would help India achieve sustainable growth of 8 per cent. "FM, Shri @arunjaitley exhorted the banks to ensure all steps at their end to ensure clean lending & effective action in cases of fraud & wilful default, to justify the trust reposed in banks. Banks must strive to be seen always as institutions of clean & prudent lending," the Finance Ministry said in a tweet.

The meeting is taking place in the backdrop of the 'Alternative Mechanism' (AM) deciding to merge three public sector banks -- Bank of Baroda, Vijaya Bank and Dena Bank -- with a view to create a global-size lender which would be stronger and sustainable.

Banks have stepped up efforts as far as recovery of bad loans is concerned. Lenders have made recovery of Rs 36,551 crore in the first quarter of the current fiscal. This is 49 per cent higher than the same quarter of last fiscal. During 2017-18, banks recovered Rs 74,562 crore.

As per another tweet of the ministry, Jaitley said that formalisation of the Indian economy coupled with inclusive growth through massive financial inclusion has unlocked purchasing power which would drive India's growth. "This should help India sustain a growth rate of around 8 per cent," he was quoted as saying in the tweet. Jaitley, who also holds the portolio of Corporate Affairs, said that formalisation of the economy through the Insolvency and Bankruptcy Code (IBC), GST, demonetisation and digital payments have enabled better assessment of financial capacity and risks.