Are You Zincing About This Stock, And Are Zinc Bulls On The Prowl Again?

This could be a good time to look at this company as it may be a direct beneficiary of the zinc squeeze. 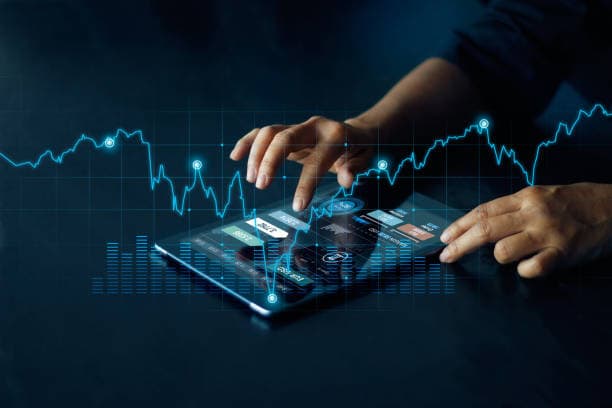 Are zinc bulls on the prowl again?

Zinc prices surged yesterday after one of Europe's largest smelters said it would halt production next month as Europe continues to reel under an energy crisis.

Nyrstar's Budel smelter in Netherlands controlled by Trafigura group will be placed on care and maintenance from next month “until further notice," according to a company statement.

Zinc prices on the London Metal Exchange jumped as much as 7.2% to the highest intraday level in two months as traders priced in even tighter supply.

India's largest zinc mining company, Hindustan Zinc Ltd share price zoomed over 10% to Rs 301 on the back of the news before settling lower at Rs 292 at the end of the day's trade.

Zinc prices have rallied since 2021 over a long-standing mismatch between supply and demand.

Several experts across the world are of the view that the super cycle phase in metals is on the wane.

But yesterday's surge was not a one-off event. Zinc prices have firmed up over 30% in less than a month.

It makes one wonder. Are zinc bulls on the prowl again?

Since the start of the war in Ukraine, Europe has spiralled headfirst into its worst energy crisis since the Arab oil embargo of the 1970s.

Soaring costs for electricity have hurt mining companies claiming one victim after another.

Earlier this year, Nyrstar placed its smelter in France on care and maintenance. It cited “historically high” electricity prices.

Glencore had also closed its Portovesme zinc plant for the same reason.

And yesterday, Nyrstar announced it will close its Budel smelter in Netherlands next month “until further notice."

Europe's power crunch has got much worse after Russia invaded Ukraine at the end of February.

What looked at the time like a short power price spike has morphed into structurally higher prices.

It seems that high power prices are here to stay. There is the prospect of more trouble to come when Europe heads into winter.

This poses as a significant supply threat for zinc as Europe accounts for around 30% of supply outside of China.

LME zinc inventories have been eroding this year, evidence of supply problems in Europe and the United States as smelters reduce output.

Some experts believe prices may continue to stay elevated over the coming months.

Hindustan Zinc Limited (HZL) is India's only and a world's leading producer of zinc, lead, and silver.

The company has mined metal capacity of around 1.2 million tonne per annum. It's aggressively expanding its mining capacities with six ongoing major mining projects.

As per Arun Misra, CEO, Hindustan Zinc, the company's EBIDTA calculations are based on zinc prices in the range of US$ 2,900-3,000 per tonne. Current costs are at around US$ 1,265 per tonne.

Hence, with current prices at over US$ 3,800 and expected to average at US$ 3,500 per tonne this year, the company is looking to maintain EBIDTA margins in the range of 55% to 60%.

Hindustan Zinc is the world's second biggest zinc producer. It operates the world's third largest open pit mine and the world's largest zinc mine in Rampura Agucha, Rajasthan.

In 2021, the company delivered its highest ever annual silver production of 706 tons. The company aspires to become the third-largest silver producer in the world by increasing its production to 1,000 tonne a year.

This is in addition to bidding for new mining blocks in India to increase local production.

The company has confirmed it will bid for new blocks of zinc and lead when the government of Rajasthan holds its auction later this year.

Recently, the company has been looking at acquiring mining assets overseas in its bid to boost total annual production up to 2.5 million tonnes.

This would help HZL hedge against having all its resources concentrated in India. It will also improve the logistics of carrying goods across the globe to cater to the US or Europe.

HZL is also setting up a 30,000-tonnes per annum plant to manufacture zinc alloys. This  will not only help India cut its dependence on imports but also aid the company's bottom line.

The global base case mine production capability of Zinc is forecast to peak at 14.9Mt in 2025 and then gradually reduce, dwindling to just 4.9Mt in 2050.

HZL's promoter, Vedanta Limited owns 64.9% stake in the company while the Government of India holds a minority stake of 29.6%.

With market share of 78% by volume, HZL enjoys leadership position in the domestic zinc market. 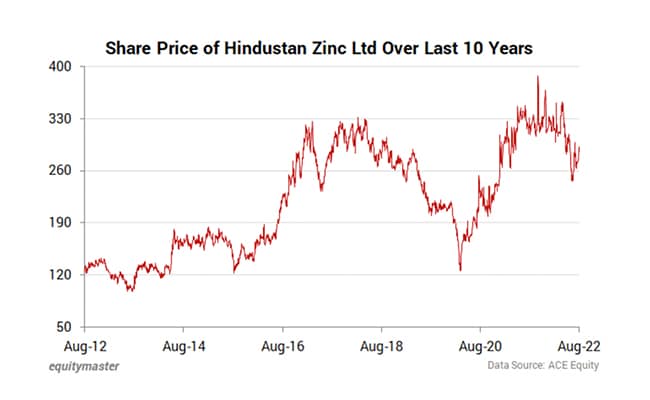 And not just that, the average dividend yield of this stock for the last 7 years is a mind-boggling 8%.

With the latest smelter shutting down in Europe and power costs showing no sign of easing, zinc bulls are on the prowl again.

Be it the Europe crisis or the Indian government's push for Infra spending, there seems to be little bad news for zinc demand these days.

Hindustan Zinc being the dominant player looks all set to capitalise on this opportunity.

It could be a good time to add the stock to your watchlist.