Apple Inc. had its strongest quarter for iPhone sales in India yet, a sign the Cupertino, Calif.-based company is finally making progress in the worlds fastest-growing smartphone market. 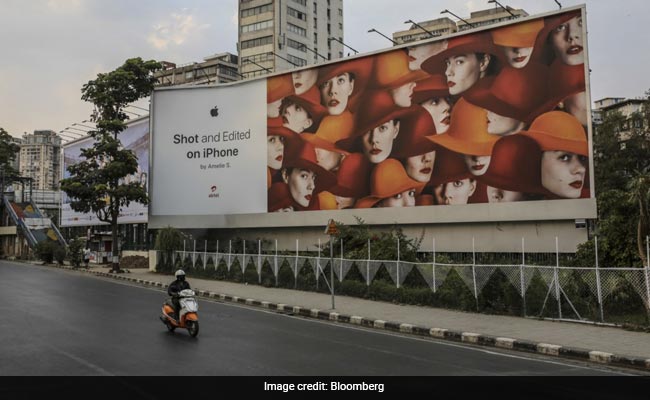 Apple appears to have pulled in more revenue than any of its rivals.

Apple Inc. had its strongest quarter for iPhone sales in India yet, a sign the Cupertino, Calif.-based company is finally making progress in the world's fastest-growing smartphone market.

Sales increased to 2.3 million units in the fourth quarter, up 34% from a year earlier, according to numbers from the market research firm Counterpoint. China's Xiaomi Corp. and South Korea's Samsung Electronics Co. sold 9.3 million and 7.2 million smartphones for the quarter respectively, leading in terms of units.

Apple appears to have pulled in more revenue than any of its rivals, however, because of the iPhone's high price tag, according to Counterpoint's calculations. The U.S. company took in an estimated $2.09 billion for the quarter, edging aside Samsung with revenue of about $2 billion.

“It's a turning point for Apple in India,” said Neil Shah, the Mumbai-based partner and research head at Counterpoint Technology Market Research. “Indians were willing to lavish money on premium phones during the pandemic because everyone's lives revolved around their devices and there was nothing else to spend on.” 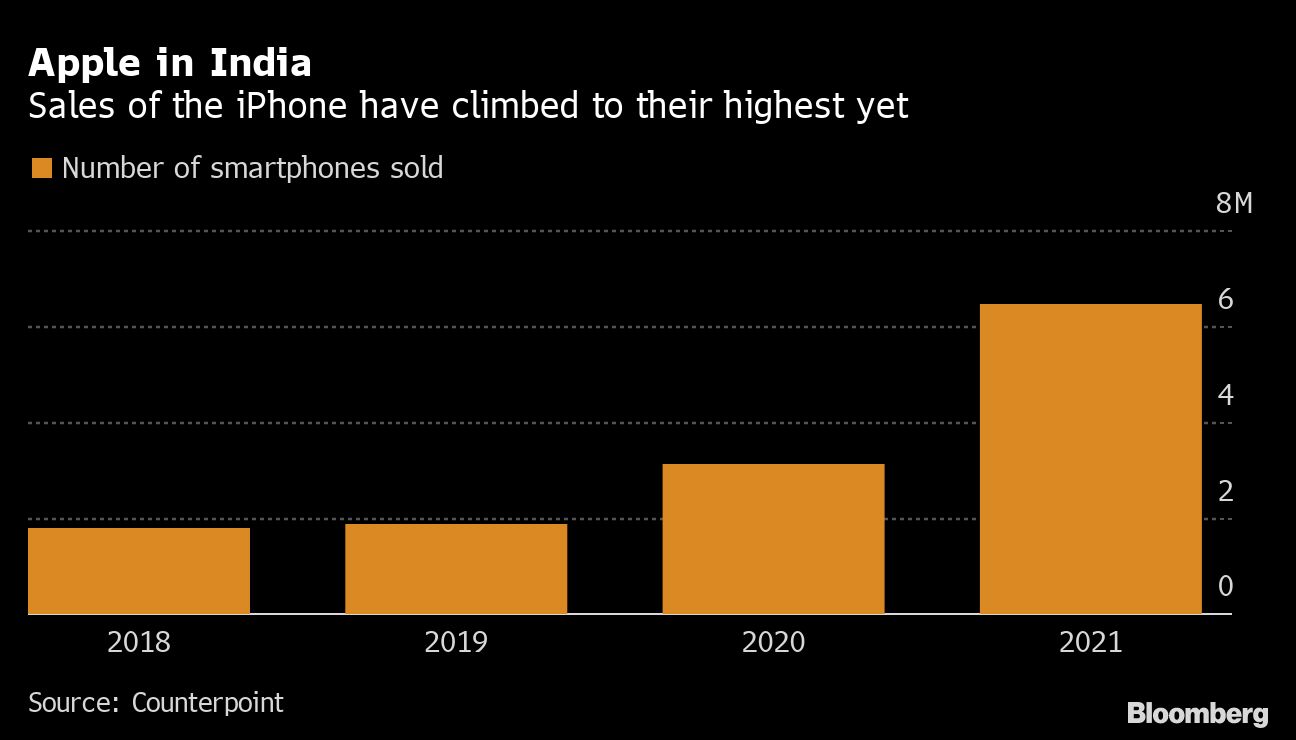 While Apple has become the most valuable company in the world on the popularity of its iPhone, it has struggled in the 1.3 billion-person India market. Pricey iPhones are far beyond the reach of many local consumers, a situation aggravated by stiff import tariffs Apple had to pay on devices made outside the country.

In 2018, the company stumbled through multiple top-level executive departures in the country, sliding sales and irate retail partners who protested its online discount practices. Apple sold 1.8 million iPhones for the entire year, fewer than it sold in the most recent quarter.

Since then however, the technology giant has made an about-face in strategy. It's opened its own India online store, streamlined discounts and started local manufacturing of iPhones. It's planning to open company-owned retail outlets in multiple cities in the coming quarters.

Apple is still a tough sell in a country where per-capita income was under $2,000 in 2020, according to World Bank data. For the most recent quarter, the average iPhone selling price in the country was $908, while Samsung's was $278 and Xiaomi's was $172, according to Counterpoint.

While Apple's market share has climbed, it remains in the single digits at just over 5% for the quarter. Indians purchased 44 million smartphones in the period.

It has challenges beyond price in the market. Apple manufacturing partners, Foxconn Technology Group and Wistron Corp., have faced blowback in India because of their treatment of workers. The U.S. company took the unusual step of placing a Foxconn factory near the southern Indian city of Chennai on probation after protests about food safety and accommodation standards.

In addition, the country's antitrust regulator, the Competition Commission of India, has begun a probe into app store fees.