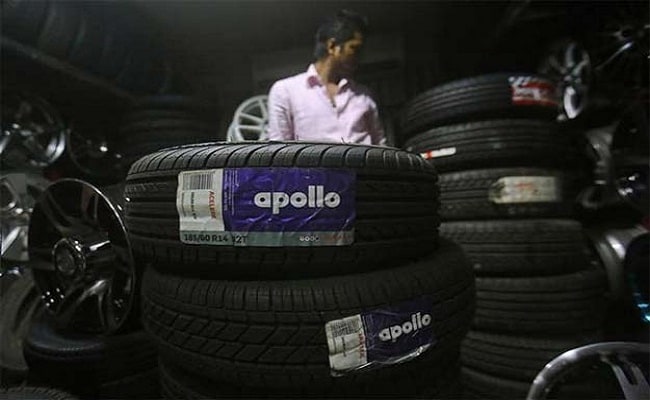 New Delhi: Apollo Tyres today reported a decline of 7.15 per cent in consolidated net profit at Rs 260.03 crore for the quarter ended September.

The company had posted a net profit of Rs 280.07 crore in the corresponding period a year ago, Apollo Tyres said in a BSE filing.

Its total income from operations was up 1.28 per cent to Rs 3,312.27 crore during the quarter under review as against Rs 3,270.39 crore in the same quarter last fiscal.

Meanwhile, in a separate filing, Apollo Tyres informed that its board in a meeting held today considered and approved "execution of memorandum of understanding with government of Andhra Pradesh for land acquisition towards company's future needs".

Promoted
Listen to the latest songs, only on JioSaavn.com
Shares of Apollo Tyres closed 1.04 per cent lower at Rs 195.65 apiece on BSE.